AMES, Iowa — Printfest 2019, a celebration of the work of April Katz and her impact on the local, national and international printmaking community, will kick off Thursday, May 30, at the Octagon Center for the Arts.

Katz, a Morrill Professor of art and visual culture at Iowa State University, will retire this month after 20 years teaching printmaking in the College of Design. She joined the faculty as an assistant professor in 1999; she was promoted to associate professor with tenure in 2004 and full professor in 2013. Katz served as the director of graduate education in the Department of Art and Visual Culture from 2014–2017. She received the Morrill professor designation in 2017.

Printfest will feature two exhibitions, demonstrations and panel discussions with Katz and 29 College of Design students and alumni. “Measured Perceptions” is a solo exhibition of Katz’s work inspired by a 2015 trip to Spain and her wish for a future of peaceful coexistence, mutual respect and meaningful dialogue. It will run from May 25–July 13 in the Octagon’s Community Gallery.

A concurrent exhibition, “Twenty Years: April Katz and the Expanded ISU Printmaking Community,” will run May 25–Aug. 17 in the Octagon’s Main Gallery on the third floor. This retrospective show will include examples from a variety of print series Katz created while teaching at Iowa State, and work by 27 former and two current printmaking students.

“I have been incredibly fortunate to have had a career that enabled me to share in the artistic and personal development of so many people. As I stood in the gallery to hang the exhibition, I was struck by the remarkable skill and creativity displayed in such varied ways by my former students. I felt a deep sense of pride in their accomplishments and am very excited to share it with the Ames community,” Katz said.

“Participation in critical discourse and engagement with local, national and international printmaking communities has nurtured my own artistic growth and continues to stimulate my passion for creative inquiry,” she said. “Printfest and all the related events at the Octagon and Asa Wentzel-Fisher’s 505 Press will provide that same opportunity for all who chose to join in.”

A retirement event for Katz will be from 6–8 p.m. Thursday, May 30, in the Community Gallery. She will give an artist’s talk at 6 p.m. and moderate a panel discussion with Dawn Bratsch-Prince, ISU associate provost for faculty and professor of Spanish, and Daniel Klass, world languages and social studies teacher at Ames High School, at 6:30 p.m., followed by a reception at 7 p.m.

A public reception for both shows will be from 5–9 p.m. Friday, June 7, in conjunction with the Ames Art Walk. The event will include sidewalk screen-printing and woodcut-printing demonstrations (Octagon second floor if inclement weather).

Katz’s primary language and tool is the print, whose vocabulary includes transfers, layers, seriality and variations on a theme. Death, serious illness and political discord are the forces that have led her to ask fundamental human questions about herself and her relationship to the world. In her work, she searches for connections between disparate elements to understand and convey their impact on current personal and cultural identity.

Katz received a bachelor of science in art education from State University College at Buffalo and a master of fine arts in printmaking from Arizona State University. Prior to joining the Iowa State faculty, she was an associate professor in art and chair of the art department at Clarion University.

For the past 19 years, Katz has advised the ISU University Print Society and organized the society’s annual international postcard print exchange and exhibition. For 12 years (2001–2013), she organized an annual steamroller printmaking event with students in her relief printmaking course. She served as president of the national Southern Graphics Council from 2004–2006 and served on the ISU Faculty Senate from 2008–2010, including a term as an executive board member.

Katz’s prints, which synthesize digital and traditional printmaking processes, are in numerous collections and have been exhibited throughout the United States and recently in Portugal, Spain and China. She has been a visiting artist for printmaking workshops and presented at national and international professional conferences for print, photography and visual literacy. 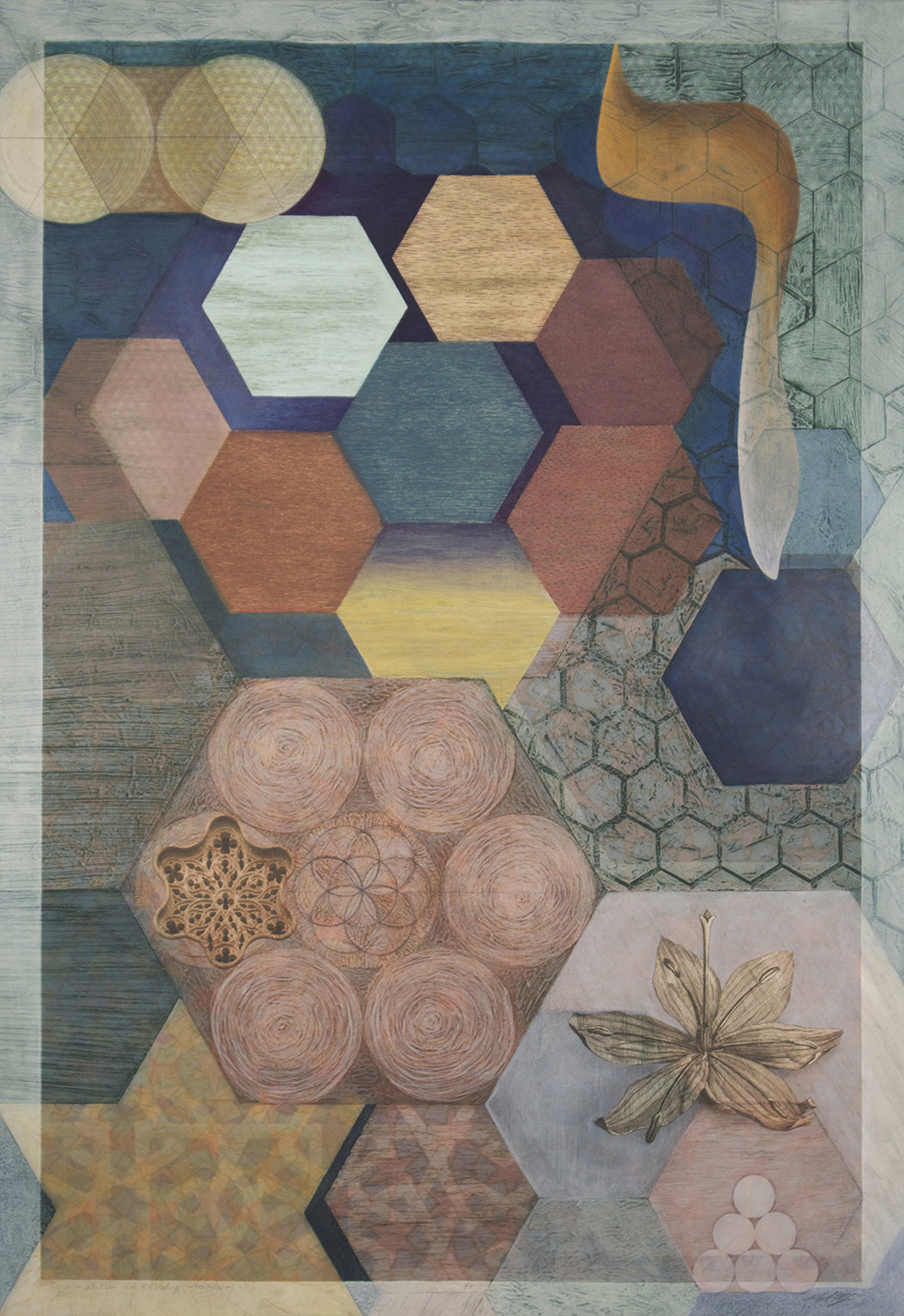 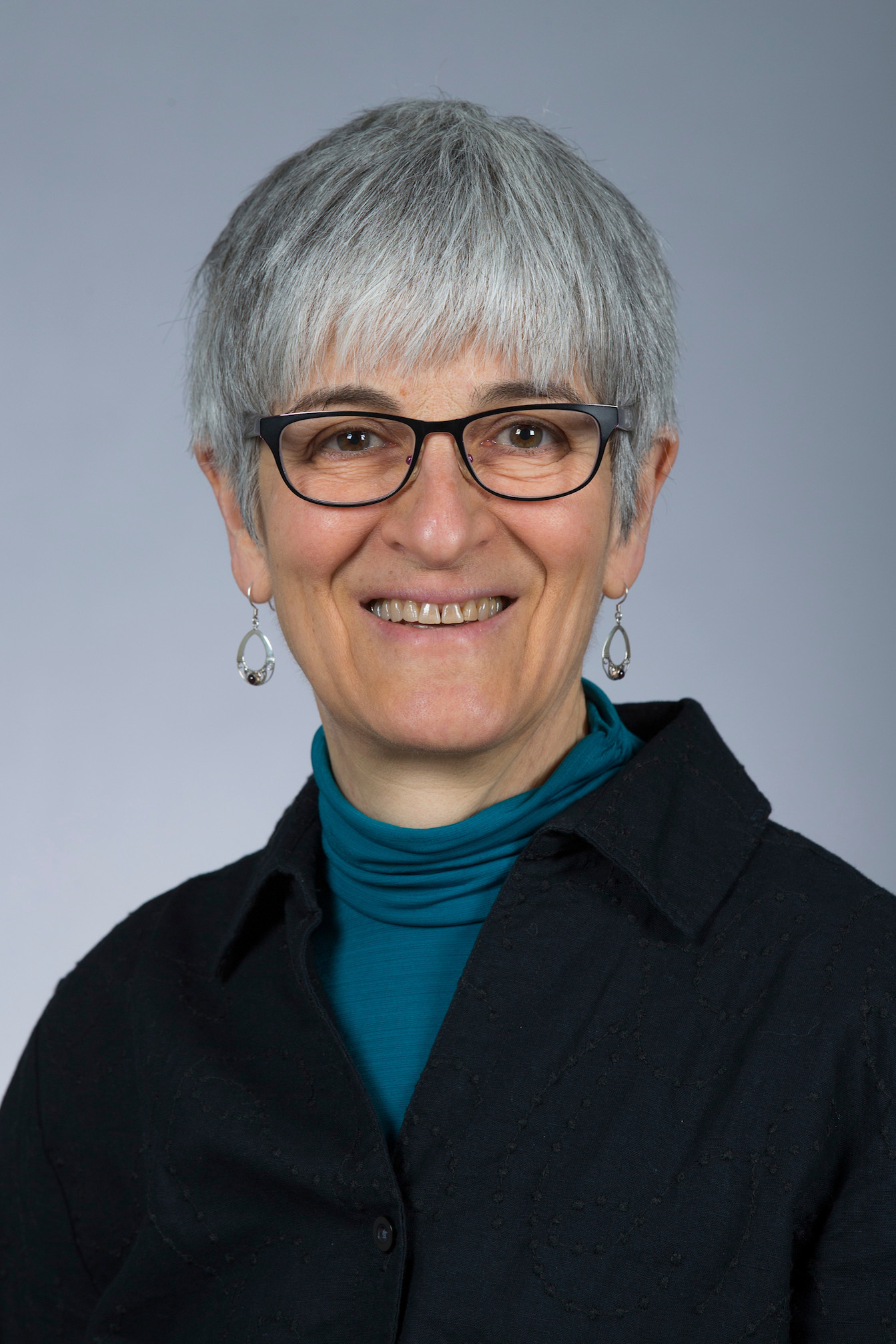 Printfest 2019 Artist Talk + Panel Discussion + Retirement Reception with April Katz
A retirement reception for April Katz, Morrill Professor of art and visual culture (printmaking), will be held in conjunction with a reception for Measured Perceptions, an exhibition of her work, from 6–8 p.m. Thursday, May 30, in the Community Gallery…[read more]

Printfest 2019 Reception
A reception for concurrent exhibitions at the Octagon Center for the Arts in Ames by April Katz, Morrill professor of art and visual culture (printmaking), and 29 current students and alumni who studied printmaking at Iowa State. Measured Perceptions (May…[read more]