AMES, Iowa — A team of Iowa State University architecture graduate students is among the winners of the sixth annual ACSA/AIA COTE Top Ten for Students competition sponsored by the American Institute of Architects Committee on the Environment (AIA COTE) and the Association of Collegiate Schools of Architecture (ACSA).

The competition challenges students to use an integrated approach to architecture, natural systems and technology to design projects that protect and enhance the environment. It recognizes 10 studio projects that “seamlessly integrate adaptive, resilient strategies for moving towards carbon-neutral operation within their broader design concepts.”

“Bazaar 324” by Anannya Das of Mumbai, India, and Connor Mougin of Tiffin is one of the top 10 projects. The team developed their winning design in the fall 2019 Sustainable Building Design graduate studio taught by Ulrike Passe, associate professor of architecture and director of the ISU Center for Building Energy Research. The course explores the relationships among architecture, cultural landscapes and biological issues with the goal of achieving a net-zero-energy building design – one that consumes roughly the same amount of energy as it produces.

Students in the studio were asked to create a mixed-use project to retrofit an empty warehouse and adjacent lots in Midtown Memphis, Tennessee. After visiting the site last September and researching the area and the surrounding community’s needs, Das and Mougin designed a mixed-income housing complex with an attached bazaar or market, similar to Pike Place Market in Seattle or Grand Central Market in Los Angeles.

“We came up with the idea of a bazaar because the community we were dealing with was devoid of grocery stores — they had to travel pretty far, so that was a serious issue. A bazaar would solve that need for a grocery store and at the same time be more interactive for the community,” Das said.

“We called it Bazaar 324 after the address of the property we were designing for, 324 South Front St.,” Mougin said. “This was an area of Memphis seeing a lot of rejuvenation, and luckily not gentrification, so the idea was to plan something that fit the existing community, solved a lot of its issues and continued that rejuvenation without gentrification.”

In its research for the project, the student team discovered that downtown Memphis has a 10% unemployment rate and a high poverty rate. The nearest grocery store is across the Mississippi River in Arkansas.

Das and Mougin proposed affordable apartments for low-income residents, together with market-value units in the residential complex, as well as the option for residents to rent stalls in the bazaar at a lower price than typical storefronts. They envisioned the bazaar as a community hub that would provide a local food source, create jobs for local entrepreneurs and function as a tourist destination to draw more income to the area.

“Memphis was surprisingly walkable, with a lot of tourist attractions, and having a bazaar would be a great addition to the list of tourist sites. Bazaars are usually a place where one could explore. You get to interact with all kinds of people. From flowers, fruits and vegetables to garments and accessories, there are all sorts of things one could get in it. The more you explore, the more you discover,” Das said.

“Memphis falls on the border of climate zones 3 and 4, giving it a temperate, mildly humid climate with hot summers and mild winters. Seven months of the year — April through October — could be made comfortable passively by utilizing internal heat gains, natural ventilation and night cooling with the use of high thermal mass,” Mougin said.

The site selection was based on a conversation with a colleague, Andy Kitsinger at the University of Memphis, Passe said. Kitsinger helped the class connect with the city planning department and local economic development and architecture firms on their field trip, and showed them the warehouse site.

As for the AIA COTE competition, Passe has had it embedded in the class syllabus since its inception, as the goals of the competition and the studio “match extremely well,” she said.

“I know this is the right way to address the design of buildings these days, and I know the skills the students obtain are very valuable. This is about performance-integrated design. I am very pleased that we’ve been recognized again for exceptionally good work.”

Iowa State architecture student teams have been selected for the AIA COTE Top Ten for Students in four of the six years of the competition (2015, 2016, 2017 and 2020). In the inaugural year, three of the 10 winning teams were from ISU.

Winning projects typically are displayed and students are recognized at the annual national AIA Conference on Architecture, which was scheduled in Los Angeles in May this year but has been canceled due to COVID-19. All 10 projects are available for viewing online. Each winning team also will receive a $1,000 honorarium. 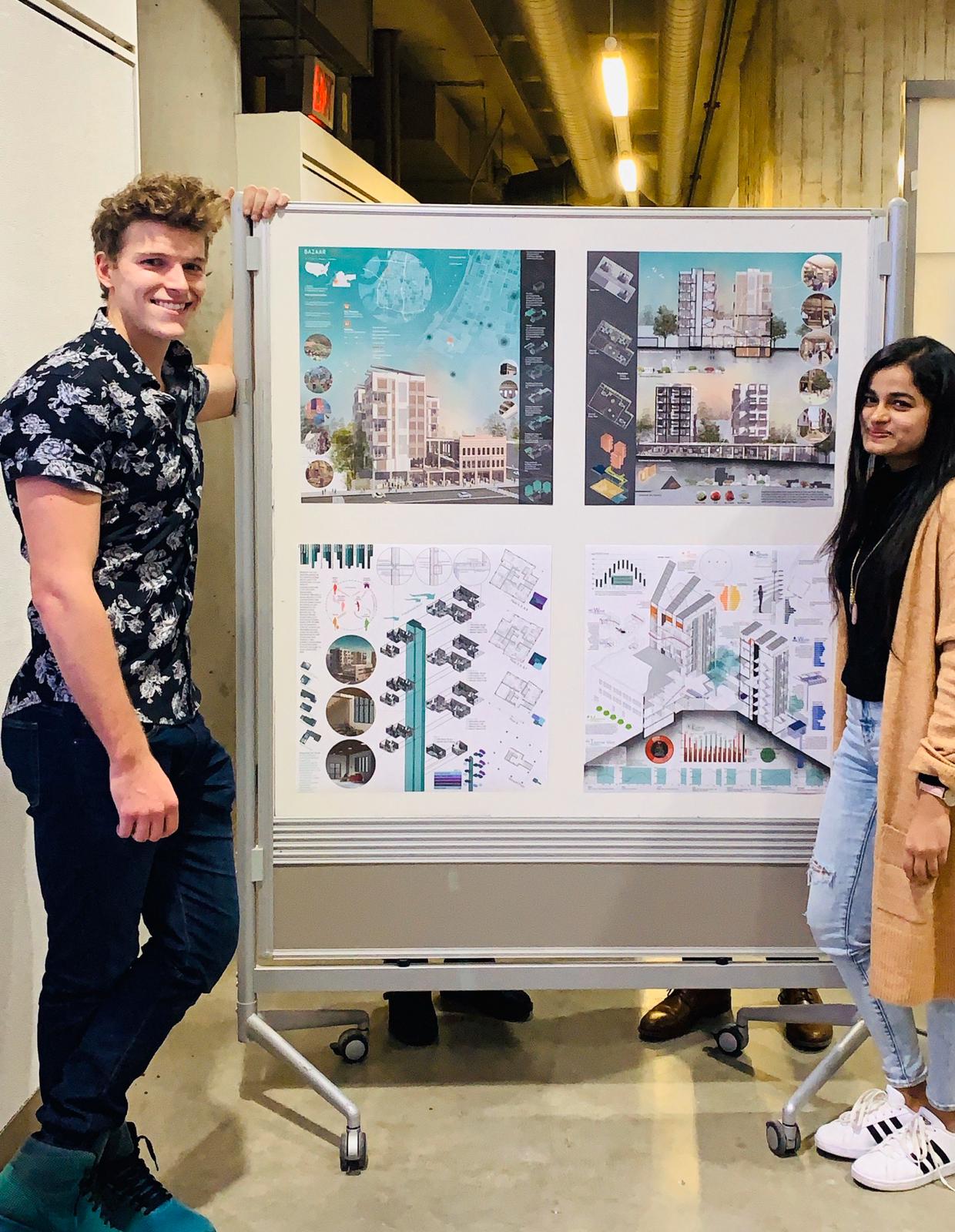