Eugenics and modern architecture is topic of Nov. 8 lecture at ISU College of Design Menu

Eugenics and modern architecture is topic of Nov. 8 lecture at ISU College of Design

AMES, Iowa — Fabiola López-Durán, an associate professor of art history at Rice University, will speak about eugenics and modern architecture in a lecture at Iowa State University.

She will present “Globalizing Normativity, Picturing Evolution: Le Corbusier and the Remaking of Man” at 5:30 p.m. Friday, Nov. 8, in Kocimski Auditorium, room 101 College of Design. Part of the ISU Department of Architecture’s 2019-2020 Public Programs Series, “Moral Imaginaries,” her talk is free and open to the public.

López-Durán’s lecture, based on her recent book Eugenics in the Garden: Transatlantic Architecture and the Crafting of Modernity (University of Texas Press, 2018), will cover Swiss-French architect Le Corbusier’s impact on architecture — from his embrace of eugenics’ ideology to the theory that the built environment could be used to improve the human condition of those interacting with it.

In 1936, Le Corbusier constructed the image of a simple man, the Modulor, based on the golden ratio, human measurements, Fibonacci sequence and the double unit. The Modulor later transformed both eugenics and modern architecture; it became Le Corbusier’s unique way of navigating the differences between the British imperial, US customary and metric measuring systems.

“Examining his alignment with eugenics — from his formulation of universal type-needs, to his Modulor and its normative human body — this talk reveals how architecture was made complicit in a genetically-inspired program that mirrored eugenics’ attempts to ‘improve’ the human race,” said López-Durán. 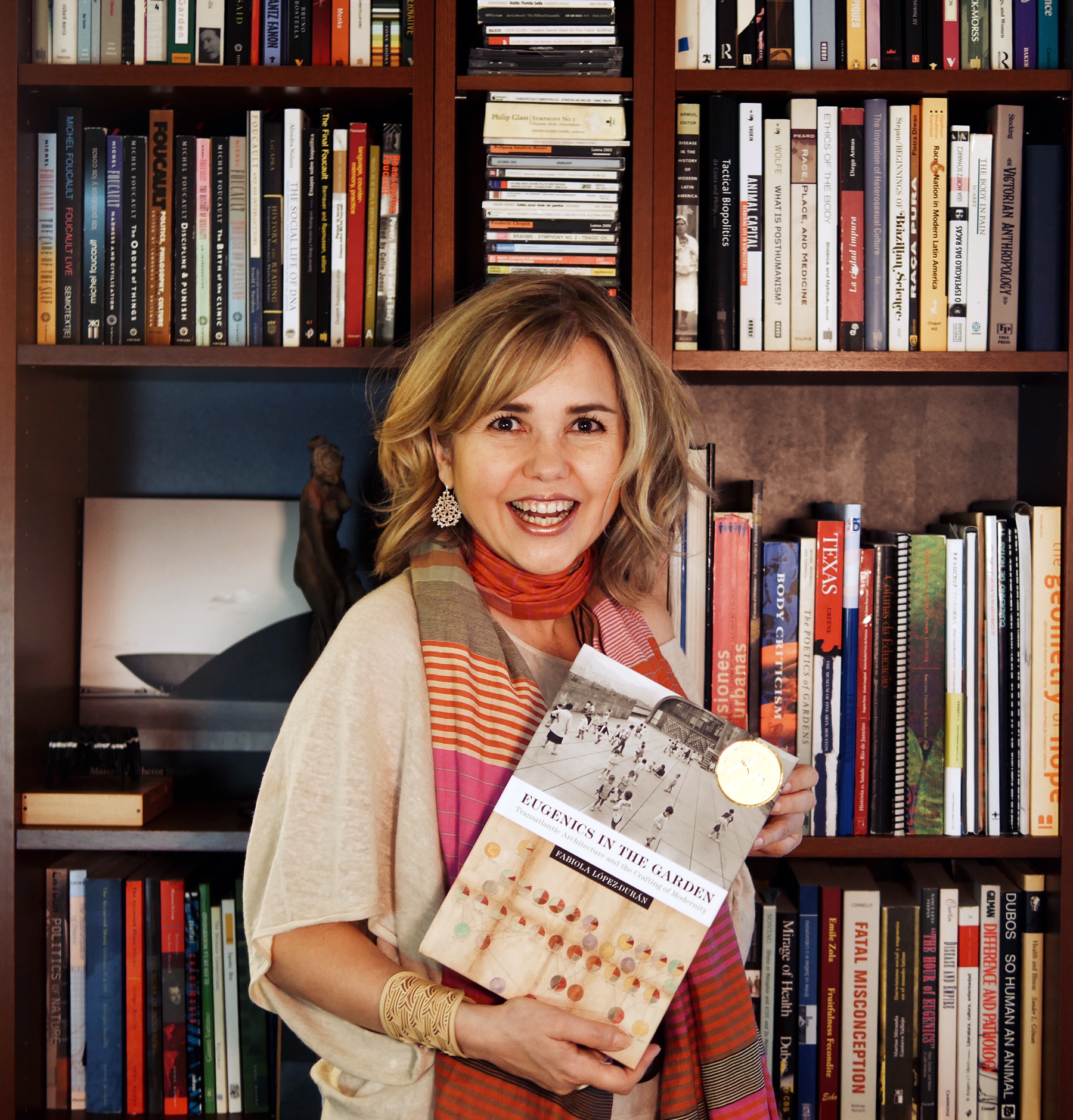