Goberna Pesudo will present “On Architectural Sins, Epic Architecture and Everything In Between” at 5:30 p.m. in Kocimski Auditorium, room 101 College of Design. Part of the ISU Department of Architecture 2017-2018 Public Program Series, “For Other Architectures,” her talk is free and open to the public.

She holds a Bachelor of Architecture from the University of Seville and a Master of Science in advanced architectural design from Columbia. She is a PhD candidate in the School of Architecture of Barcelona.

Fake Industries Architectural Agonism (FKAA) has offices in Barcelona, New York and Sydney. The firm received the 2009 Young Architects Forum Prize from the Architectural League of New York  and the 2014-15 American Institute of Architects New Practices Prize. It also won the Europan competition in 2003, 2005, 2009 and 2012 as well as the international competition to build the new velodrome in Medellin, Colombia, currently under construction.

FKAA was a finalist in the 2014 Design Basel/Miami Pavilion contest and the MOMA PS1 Young Architects Program, and was one of the six shortlisted teams in the Guggenheim Helsinki Design Competition. In 2015 the firm was invited to participate in the Chicago Architecture Biennial and in 2016 it was invited to participate in the Spanish pavilion at the Venice Biennale (recipient of the Golden Lion Prize), in the Oslo Architectural Triennale and the Istanbul Design Biennial. 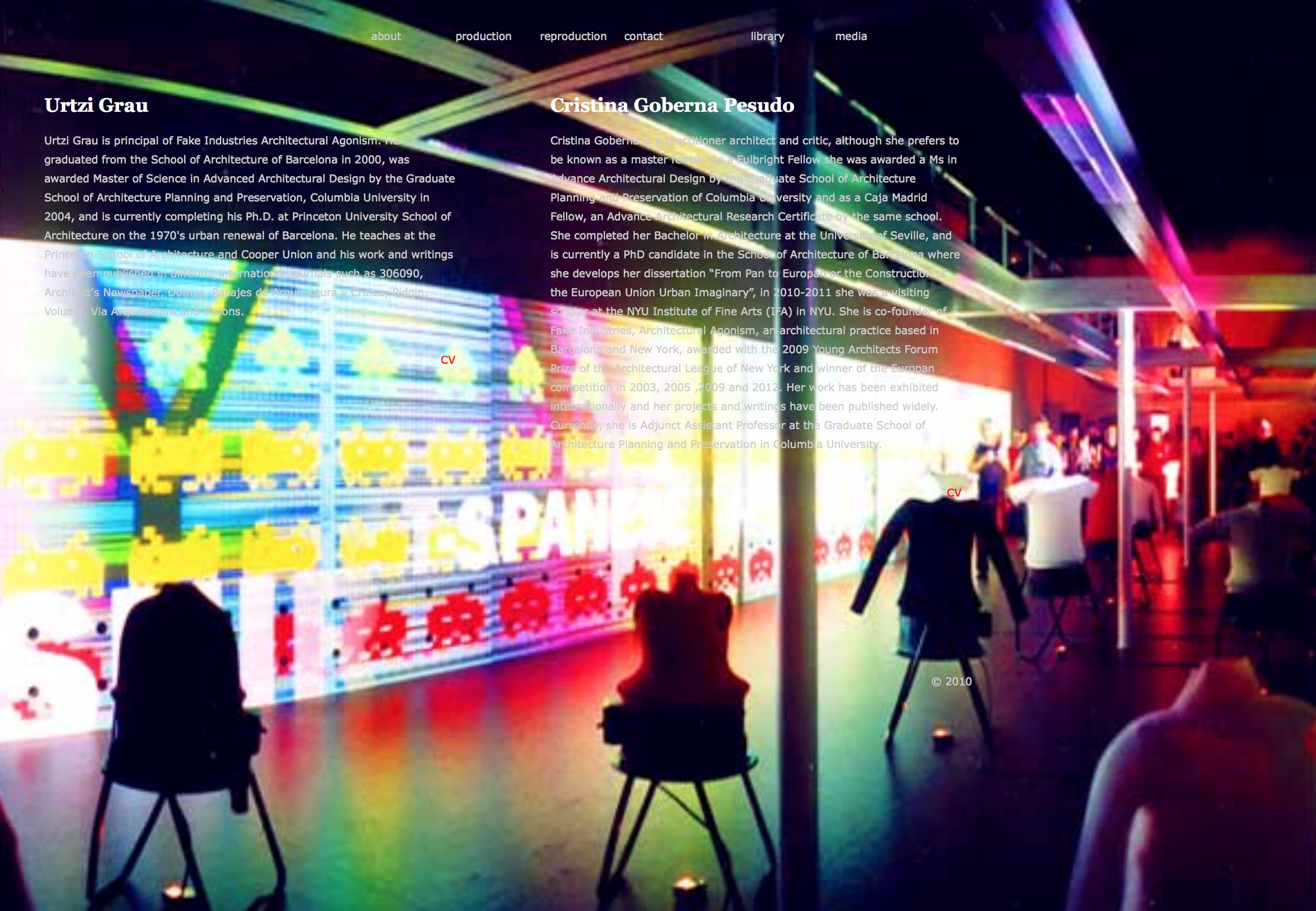