AMES, Iowa — An exhibition of functional furniture inspired by the traditional crafts of Ghana and India, designed and produced by an Iowa State University faculty member, will be on display Jan. 5 through Feb. 17 in the Community Gallery at the Octagon Center for the Arts, 427 Douglas Ave.

“Amalgamation” will feature stools, chairs and tables by Chris Martin, professor of art and visual culture in the ISU College of Design, and a fantasy coffin by Ghanaian guest artist Eric Adjetey Anang. A public reception will be from 5 to 7 p.m. Friday, Jan. 26. Martin will give an artist’s talk about his work with artisans in India and Ghana at 6 p.m. Thursday, Feb. 1, also in the gallery.

As developing countries and emerging economies modernize, the traditional crafts that reflect the unique cultural and social traits upon which these countries have been built are often replaced by Western goods. Martin wants to bring attention to what is being lost in the process.

Martin’s own creative expression has been deeply influenced by the traditional crafts of Ghana, where he spent two years as a US Peace Corps volunteer, and India, where he has spent time as an artist-in-residence and most recently as a Fulbright Scholar. Through his primary medium — studio furniture — Martin hopes not only to expand an appreciation for these traditional crafts, but also to help his fellow artisans in Ghana and India sustain their livelihoods through continued practice in their trades.

“It is important to me for these artisans to retain their traditional process using the tools and techniques that have been handed down for generations. It provides a source of pride and cultural identity,” he said. “Thus I only wanted to have a gentle say in the design of the elements they have contributed to these pieces.”

“Amalgamation” introduces a series of functional furniture pieces that Martin hopes to produce in limited quantities to create a new avenue for traditional artisans to continue their work. He is working with Ga coffin makers, kente weavers, brass casters and glass bead makers in Ghana. In India, he has collaborated with a traditional lathe turner, print block carvers, metal casters and Mata-ni-Pachedi (sacred painting) artists. The results of these partnerships are contemporary Western furniture pieces with an ethnic flare, including tables inspired by Anang’s grandfather, Seth Kane Kwei.

Kwei is credited with founding the fantasy coffin tradition in Ghana in the 1950s. Anang has devoted his life to practicing and sharing the tradition, which is unique to Ghana and more specifically to the Ga tribe. The designer coffins are made in the forms of various items like a fish for someone who spent his life as a fisherman or an airplane for someone who had always hoped to fly.

Anang’s creations, which can be seen in museums and galleries around the world, have become highly sought-after as contemporary pieces of ethnic art. One of his coffins, carved and painted like a chili pepper, also will be part of the Octagon show. 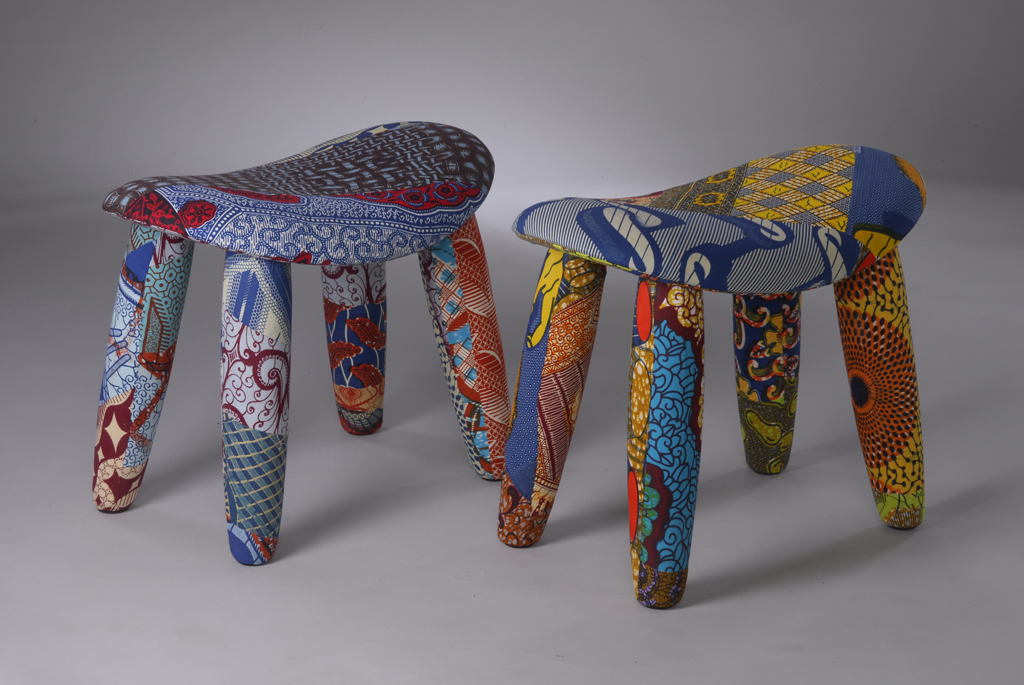