Steve Grody to speak on ‘Contemporary Graffiti’ Oct. 9 at ISU

AMES, Iowa — A Los Angeles-based photographer who documents graffiti art will speak about the artists’ motivation and the creativity behind street art in a lecture at Iowa State University.

Steve Grody will present “Contemporary Graffiti” at 7:30 p.m. Monday, Oct. 9, in room 362 College of Design. Sponsored by CODAC (College of Design Art Club), his talk is free and open to the public.

Grody will provide a brief overview of historical as well as modern graffiti, social group inspiration and his involvement with the modern street art subculture. Through casual interactions and interviews, Grody has experienced an intimate view into the life of many infamous graffiti artists.

“I would like the public to have a more nuanced view of graffiti, and a more educated eye as to what they are looking at,” said Grody, who is at work on a history of gang writing in LA, which arguably has influenced graffiti worldwide.

Grody holds a Bachelor of Arts in fine arts from California State University, Northridge. He was first intrigued by spray-can murals appearing around LA in the 1970s and ’80s. Since 1990, he has roamed the city’s back alleys and abandoned properties seeking graffiti and those behind this largely urban phenomenon. Having cultivated trust among the most prolific, skilled and infamous graffiti “writers,” he began documenting various styles and approaches to this typically illegal artform. From an archive of tens of thousands of images, he chose the best work to feature in Graffiti L.A.: Street Styles and Art (Abrams, 2007).

Grody has a diverse background in publications and exhibitions, often serving as a curator and consultant on projects encompassing street art. His photographs were included in the “Art in the Streets” exhibition and catalog for the Museum of Contemporary Art, Los Angeles, and he was a co-curator of “Street Cred: Graffiti Art from Concrete to Canvas” for the Pasadena Museum of California Art, both in 2011. He presented a TEDxSitka talk on “Graffiti Beyond the Surface” in 2013. He served as a juror for the “Voices from the Warehouse District” street-art event in Dubuque in 2015.

Grody also is an internationally respected martial arts and self-defense instructor. As a swing dancer he was brought in by director Peter Weir to choreograph the dance scene in The Truman Show, working with Jim Carrey and cast. 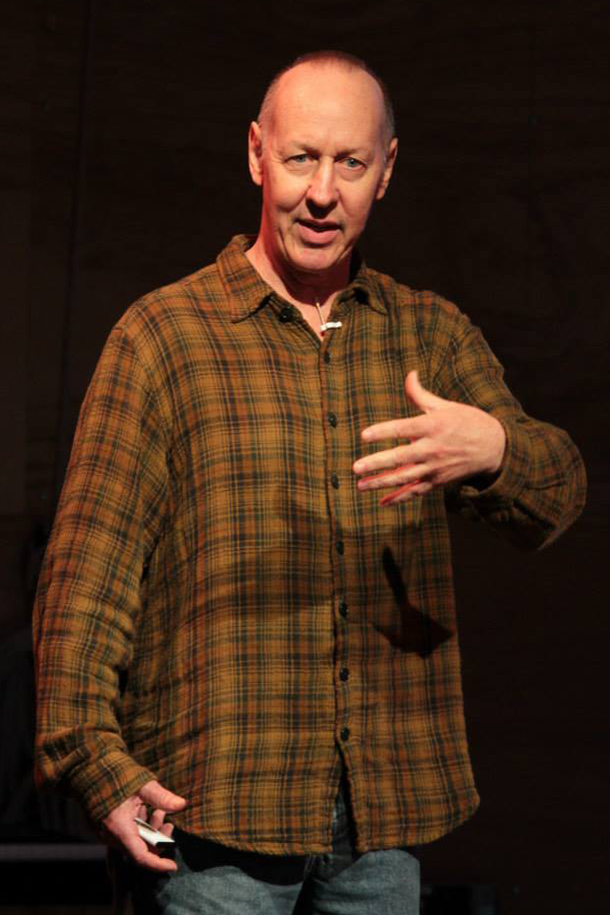