Holland, an associate professor of art and visual culture in the ISU College of Design, was commissioned by the Greater Des Moines Public Art Foundation and the Des Moines Area Regional Transit Authority (DART) to design a public-art installation to wrap around a large transit bus. Holland’s design, “Splatter,” was unveiled last October.

The Splatter bus will be parked on the Hanawalt school grounds, 225 56th St., all day Thursday, April 20, and Friday, April 21. Holland will provide tours and speak to classes in each grade level on Thursday, and the bus will remain at the school on Friday during Hanawalt’s annual “A Day in the Arts” celebration.

Holland’s daughter attends Hanawalt and he is a member of the Day in the Arts committee, which asked him to include the wrapped bus in this year’s event.

“It’s an opportunity to explain to students the purpose of public art and the impact of creativity and art on the community,” Holland said. “I’ll talk about what I was thinking as I designed this graphics wrap, which was the idea of the bus going through a river of paint and having the paint splatter up over the bus.”

Holland said the design is influenced by Des Moines’ location on the Des Moines and Raccoon Rivers and incorporates abstracted iconography such as the granite tile pattern from the Principal Building.

“Metaphorically it represents the burgeoning art and culture scene in the Des Moines area,” he said. “I want students to know it’s not just a cool design but also means something. The challenge is to express that in terms younger kids can grasp.”

He also hopes to dispel the popular notion that he painted the bus itself. “I made the design on my computer and it was printed and applied to the bus. It’s an opportunity to talk about how artists sometimes collaborate with others to produce their work.”

Hanawalt’s art teacher, Samantha Jones-Tweedy, also will have a project for students to color their own bus using a template Holland used when designing the Splatter wrap, he said. 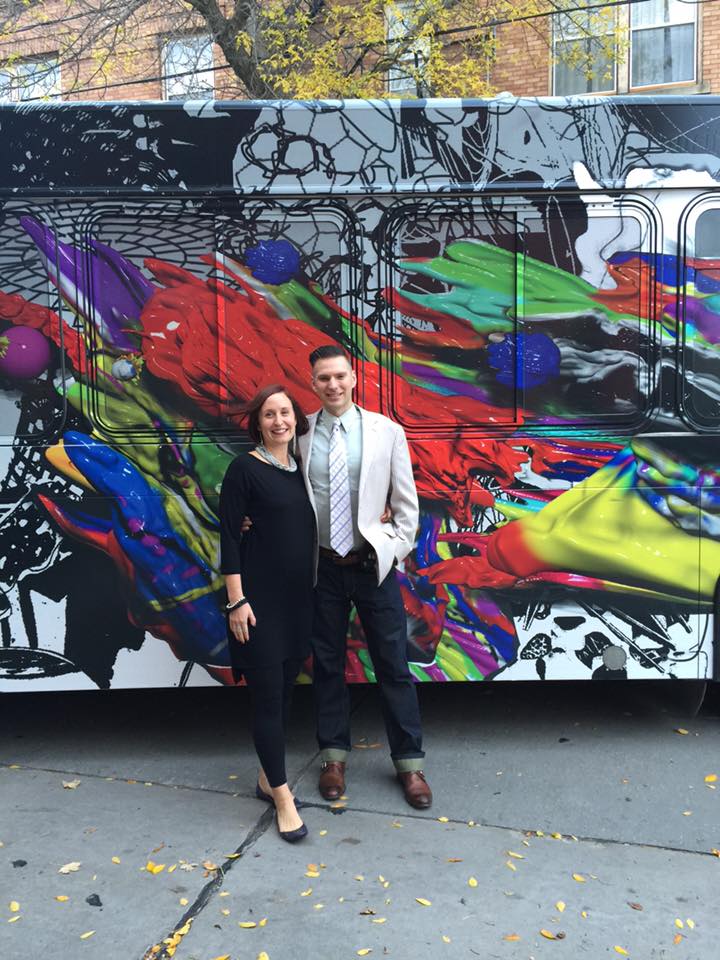 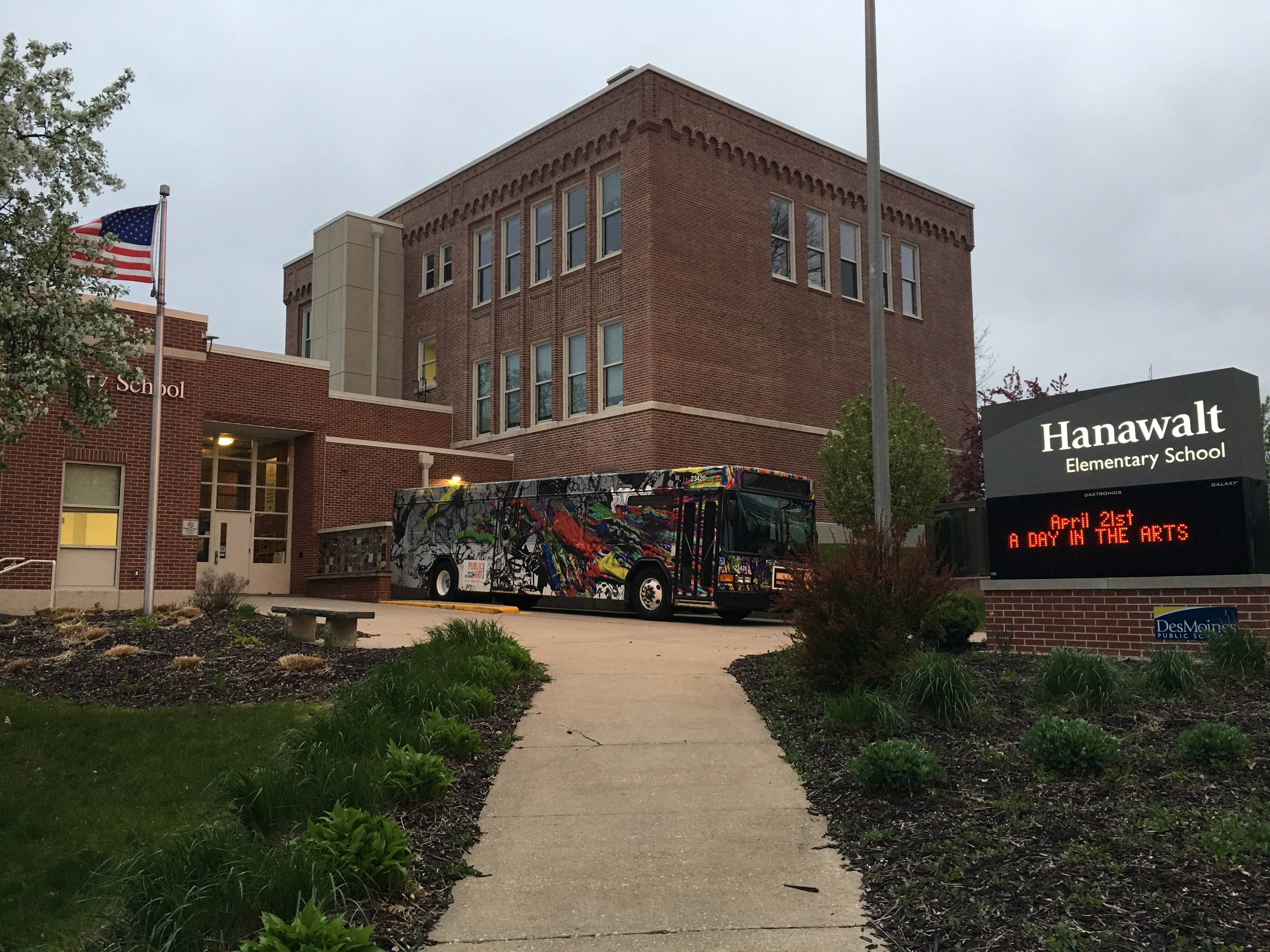