Hosted by Adobe Creative Cloud, the three-hour design event featured presentations by local creative leaders, portfolio reviews and a student tournament. Ten Iowa State graphic design students competed in the tournament, which paired them with participants from the University of Iowa, Black Hawk Community College and Drake University to develop motion and static media projects on the theme “Opposites Attract.”

“Participating in something I love while meeting new designers definitely was the best thing out of the experience,” said Chavarria, whose team won both the Judge’s Choice and People’s Choice Static Media awards. “Knowing there are people out there who appreciate the stuff you do and creating that connection means everything,”

He and his partner created a linework poster based on long-distance relationships. “The idea was to create two characters within the composition that would portray each person thinking about the other while being in very similar settings yet in different time zones,” he said.

Rasmussen’s team won the Judge’s Choice Motion award for “an animation that reflected different people from around the world and what they are typically exposed to as well as tackling different issues of politics, religion and gender,” he said.

“Understanding how to mesh two styles together was challenging but rewarding, and it’s an honor to be acknowledged for something I love to do.”

Klootwyk’s team received the People’s Choice Motion award for an animation they created about a robot named Bobo.

“He is minding his own business in his graphite-style world when he happens upon a light beam. Whenever he enters the beam his form changes from dark to light and from sketchy and imperfect to rendered and perfectly round. At first, he is skeptical of this new light, but eventually decides that he likes his new form,” Klootwyk said.

“The most challenging part of the event was the time constraint. It’s a lot of pressure to create a motion graphic in under three hours, especially with meeting each other and learning about each other’s strengths within that three hours,” she said. “We clicked extraordinarily well and agreed quickly on what to create. It was a great experience.”

Rasmussen and Klootwyk were the only two Iowa State students to compete in the motion category.

For Colangelo, the experience helped her gain “a better understanding of fast and thoughtful ideation. Luckily, both my partner and I were extremely verbal collaborators, which made the design process super fun and fluid.”

“Unique design opportunities like this give students a chance to experience design outside of the traditional studio or classroom context. Taking risks, exploring the world, meeting new people, investigating different working methodologies and being open to new experiences are all incredibly valuable to staying relevant in the world of contemporary graphic design,” said Alex Braidwood, assistant professor of graphic design.

He and Assistant Professor Ryan Clifford selected the ISU students to participate in the tournament through an internal portfolio review process and accompanied them to the event in Iowa City.

“The Adobe Creative Jam is a great opportunity to raise the profile of graphic design at ISU and a chance for the students to show off their skills and creativity,” Clifford said. “As a collaborative, team-based challenge, it gives students a unique opportunity to work with a new collaborator from another school, to work fast and to do something new and different.” 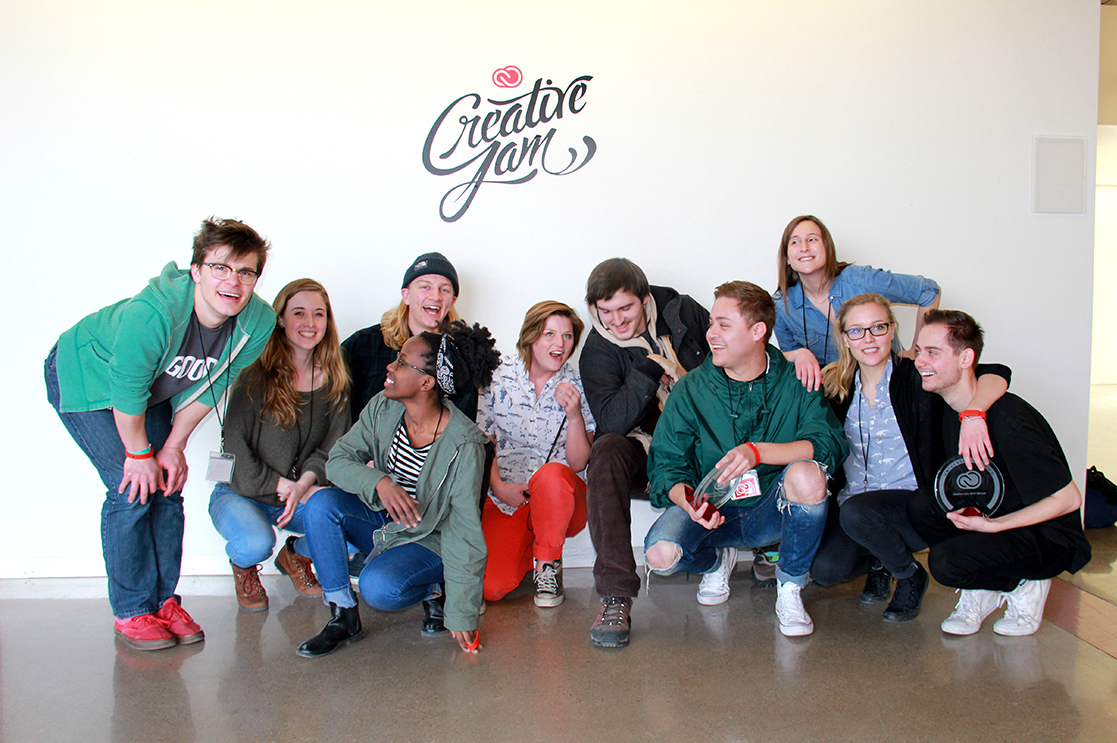 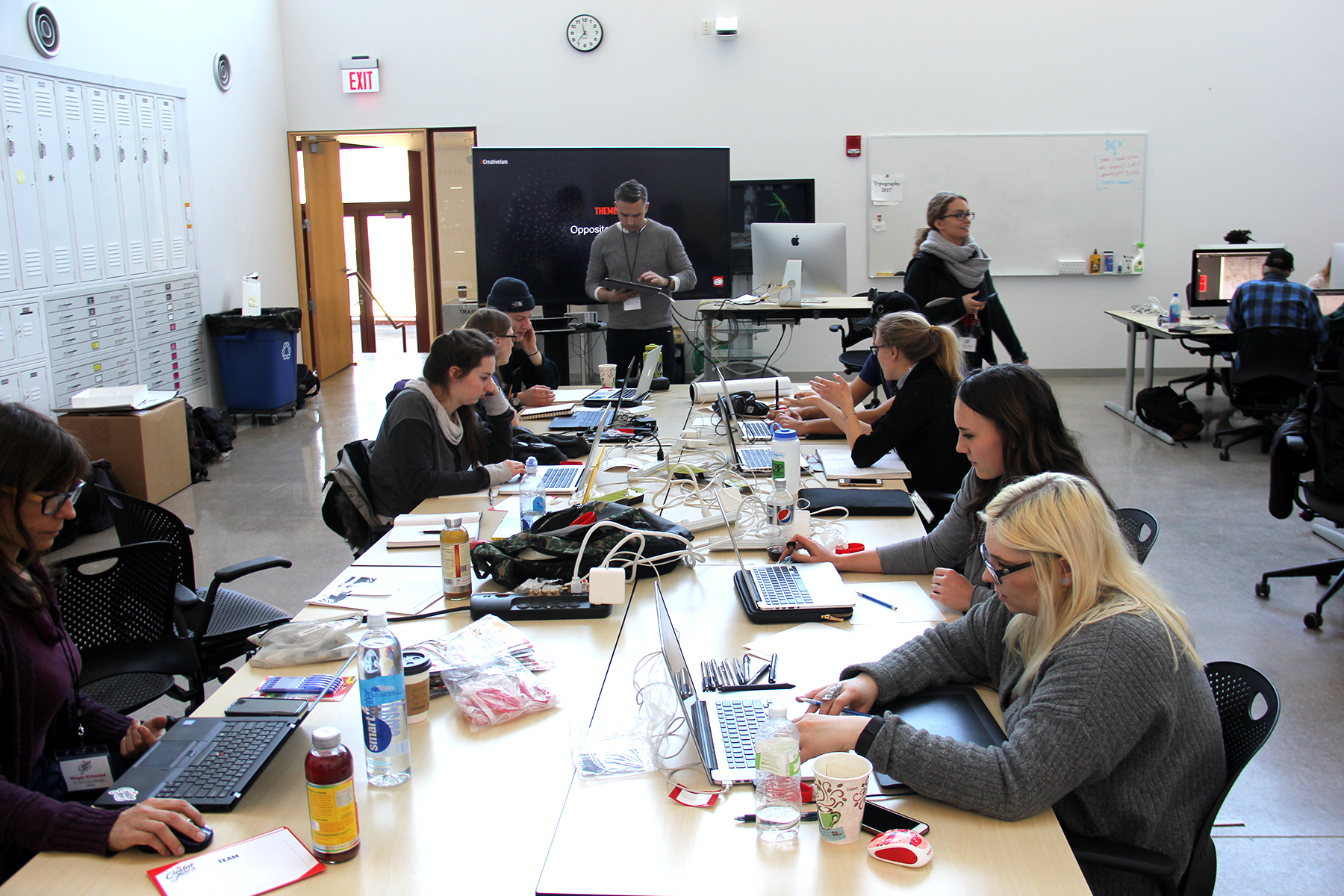