Style and Creativity in Design by Chiu-Shui Chan, originally published in English by Springer Press in May 2015, was published in Chinese as Style and Creativity: A Cognitive Theory by Tianjin University Press, China, in December 2016. Both editions cover the same concepts and theories of style and creativity as expressions of human cognition, written differently for their readers. Chan is a professor of architecture at Iowa State University. 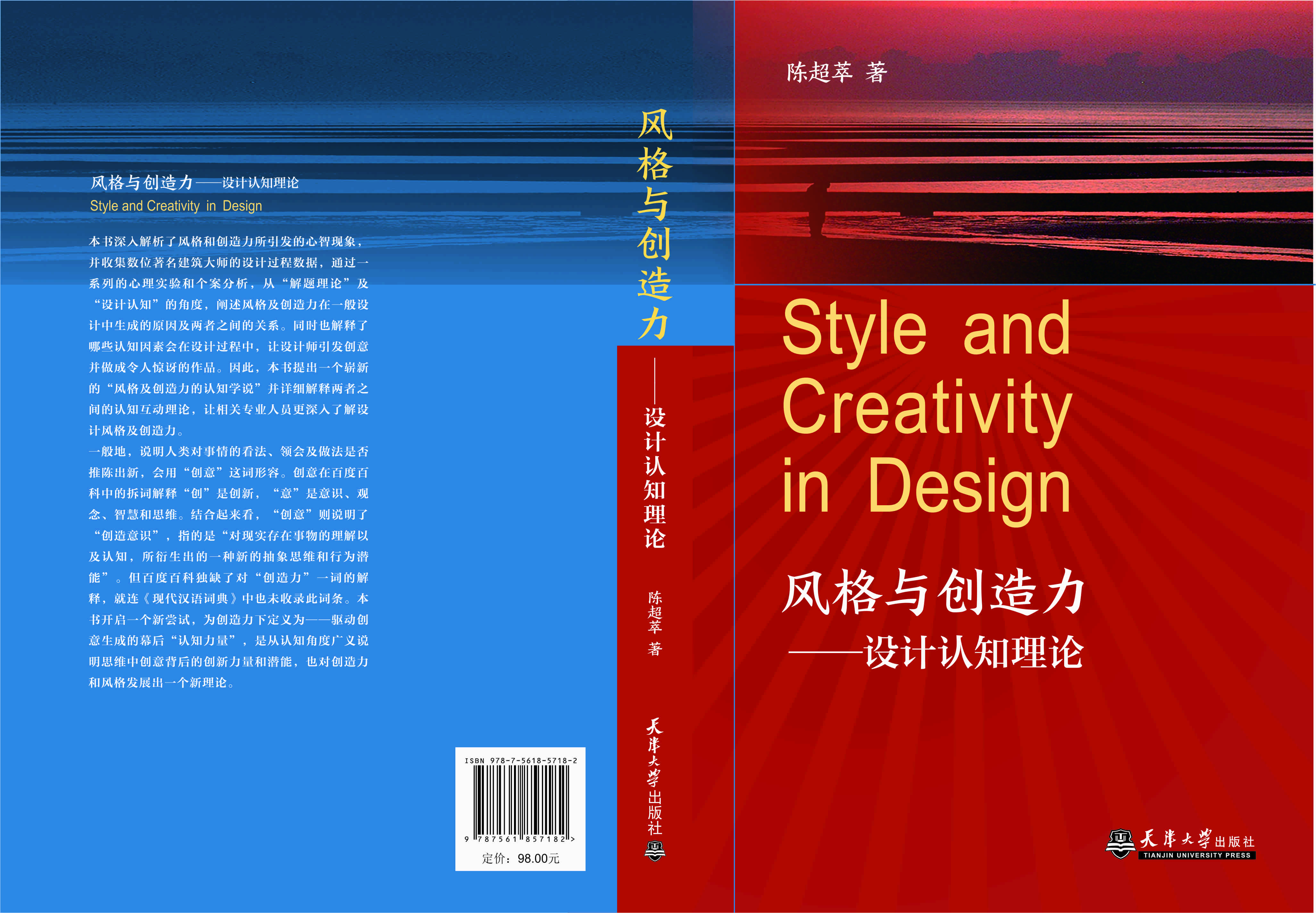