A total of 163 teams composed of both young professionals and architecture students submitted proposals. In addition to three winners, seven teams’ projects were selected as honorable mentions.

The competition asked entrants to submit design proposals for a landmark to be located on a peninsula near the coastal town of Sagres, Algargve, Portugal. The peninsula features cliffside views of the Atlantic coast as well as a lighthouse and the ruins of a 15th-century fort. The team was tasked with crafting a proposal that “emphasizes, respects and celebrates the site, while providing visitors with a unique experience.”

The team’s design—also titled “Site Landmark”—involves a set of two paths built into the tip of the peninsula, creating dual experiences of the site with views of water and sky and opportunities for tangible engagement with the cliffside.

“That was kind of a sticking point; did we want to cut into the cliff? And we argued how far down we wanted to go,” Nagawiecki said. “It seemed to be about framing views during the design process, and different ways people could view the site. We went away from the ‘perfect’ shape because we wanted the cut to be natural.”

The pathways allow visitors “the opportunity for the stimulation of the senses by being able to touch the cliffside and take pleasure in specific views of the surroundings,” the team said in its proposal. “We wanted something that would require little or no maintenance, and something that would age with the site,” Poemape said.

Having learned about the competition from a fellow student, the ISU team began work on its entry in early July and relied on faculty adviser Hur for guidance throughout the summer and into the fall before the mid-September deadline.

“He was helpful getting us to properly represent our ideas, and had good tips for the poster—he really helped us with the details,” Nagawiecki said. 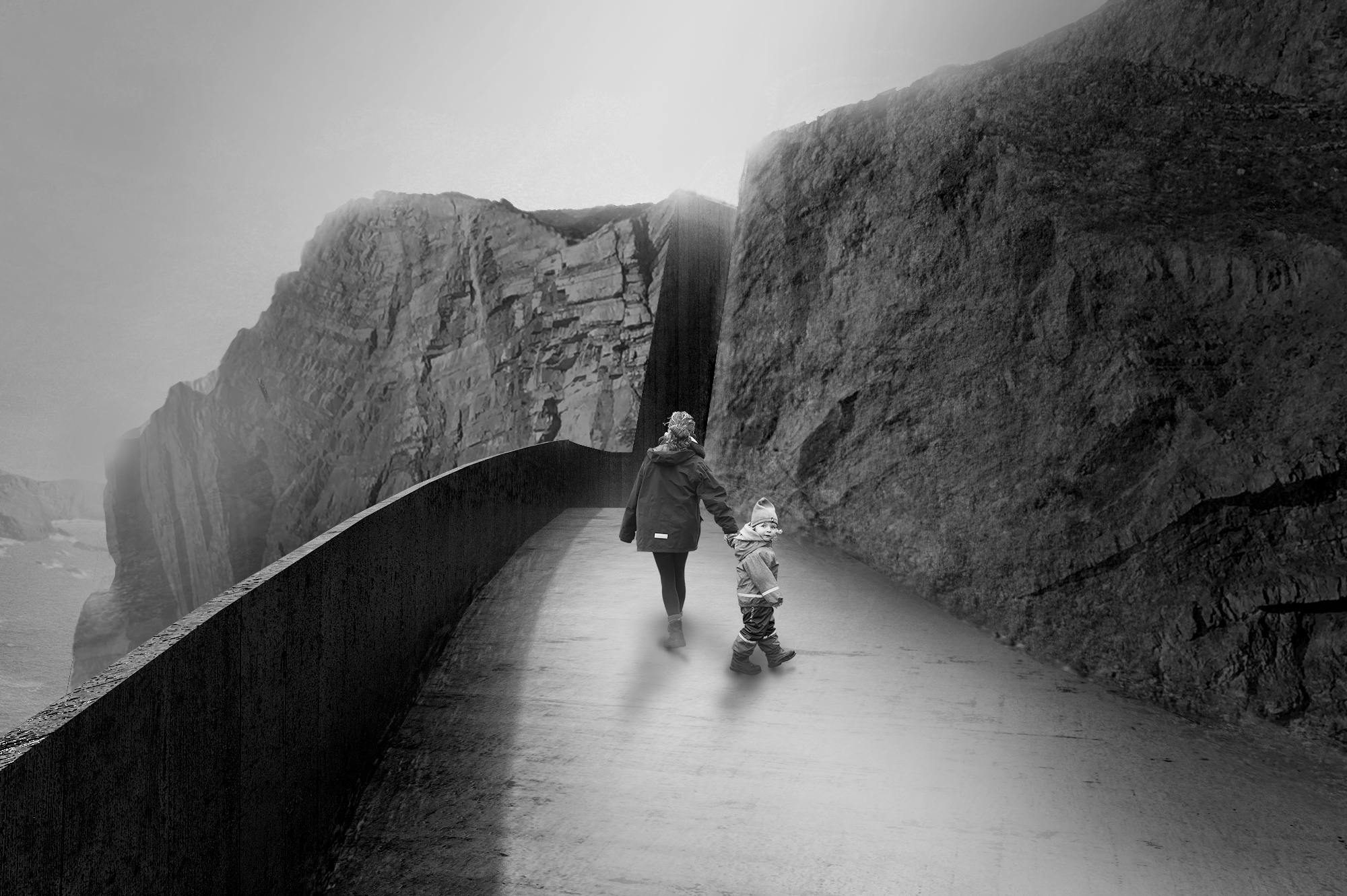