Architect Carlos Bedoya to speak about inherent ‘difficulty’ of architecture as a productive design element Nov. 16 at ISU Menu

Architect Carlos Bedoya to speak about inherent ‘difficulty’ of architecture as a productive design element Nov. 16 at ISU

Part of the 2016-17 ISU Department of Architecture Lecture Series, Bedoya’s talk will begin at 5:30 p.m. in Kocimski Auditorium, room 101 College of Design. His presentation is free and open to the public.

Bedoya will look at Productora’s work “through a set of architectural variables as a means to tease out the practice’s engagement not with solving problems per se, but with engaging the inherent ‘difficulty’ of architecture as a productive element of design,” he said.

“Following Josef Maria Rilke’s writings, a key question of Productora’s research has been to ask how design should not only attempt to resolve difficulties, but to create architecture as difficulty: architecture imagined as a sort of detour.”

Carlos Bedoya Ikeda studied architecture and urbanism at Universidad Iberoamericana, Mexico City, from 1993 to 1998. He received a Master’s in Architecture at the Escola Tècnica Superior d’Arquitectura de Barcelona (ETSAB), Barcelona, Spain, in 2000. He co-founded Productora with colleagues Wonne Ickx (Belgium), Victor Jaime (Mexico) and Abel Perles (Argentina) with the goal of producing “clear and legible projects with a clear gesture/sign” and seeking to design “timeless buildings.”

The firm is actively engaged with a variety of domestic and international projects, ranging from residential to public. Its work has been presented in the Architectural Biennials of Beijing (2006) and Venice (2008), the National Art Museum of Beijing and the Victoria and Albert Museum in London. The four members of Productora were named to the Architectural League of New York’s Young Architects Forum in 2007 and Emerging Voices in 2013. They received the 2014-15 Mies Crown Hall Americas Prize for Emerging Architects for the “Pavilion on the Zocalo.”

Productora frequently collaborates with local and international artists such as Iñaki Bonillas, Marta Minujín, David Lamelas, Rita McBride, Francis Alys and Pablo Bronstein, among others. It has done several museographies in the Beux Arts Palace of Brussels, in the Cultural Centre Clavijero in Morelia, in the Tamayo Museum, in SAPS, San Ildefonso and Archivo, Mexico City.

This fall semester, Bedoya is teaching an advanced architecture studio at the Illinoist Institute of Technology, Chicago, called “Being the Mountain,” which focuses on the relation between modern architecture and topography. 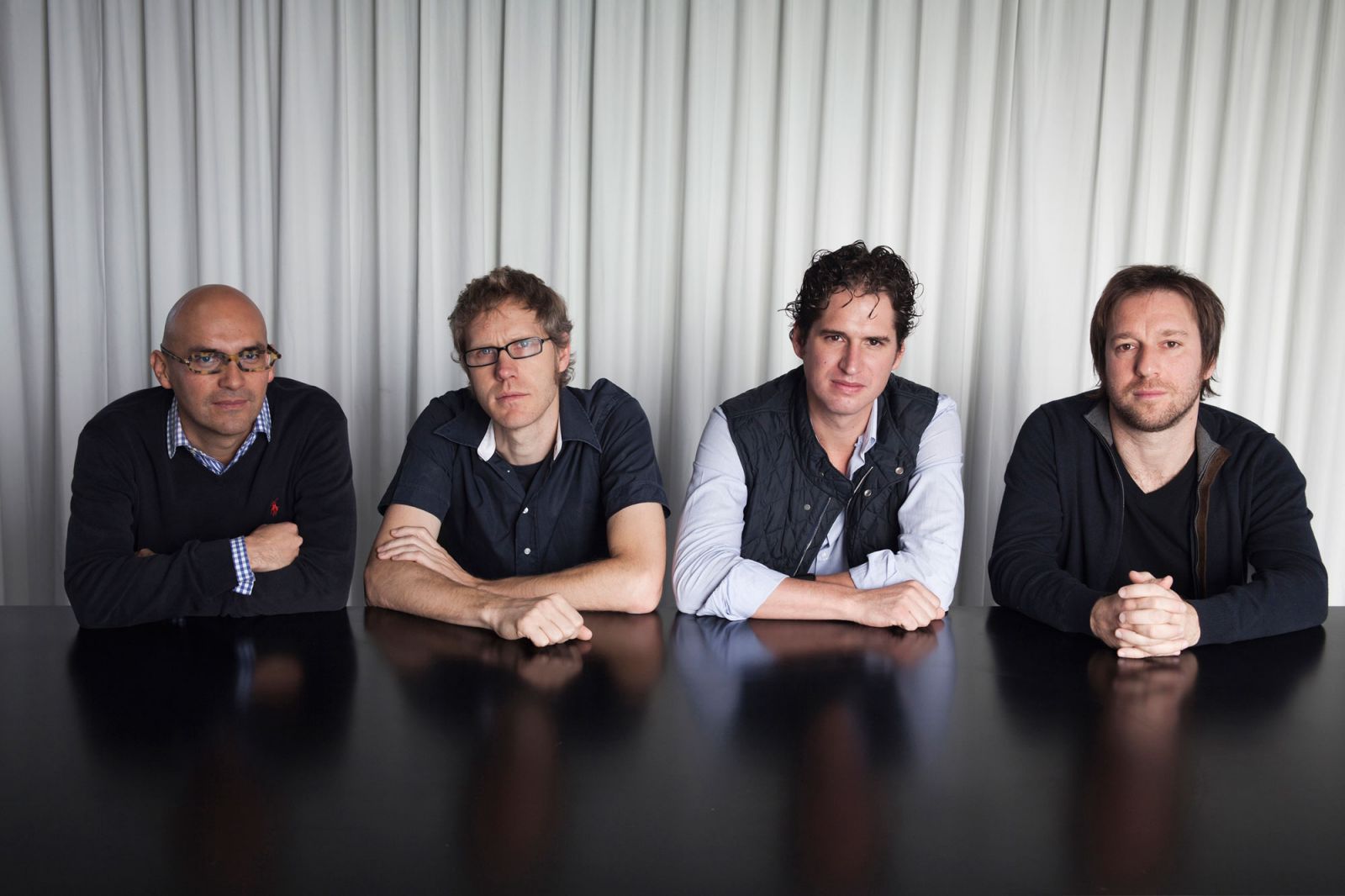