Deamer will talk about her work in a lecture at 5:30 p.m. in Kocimski Auditorium, room 0101 College of Design. Part of the ISU Department of Architecture’s Architecture Advisory Council Lecture Series, “Beyond: Architecture and Its Outsides,” her talk is free and open to the public.

Projects by Deamer and her firms (Deamer Architects and formerly Deamer + Phillips) have been featured in various publications including Architecture, Architectural Record, Dwell and the New York Times. Articles by Deamer have appeared in Assemblage, Praxis, Perspecta, Log, Harvard Design Magazine and other journals and anthologies. She is the editor of The Architect as Worker: Immaterial Labor, the Creative Class, and the Politics of Design (Bloomsbury, 2015), Architecture and Capitalism: 1845 to the Present (Routledge, 2014), and The Millennium House (Monacelli Press, 2004) and the co-editor of “Asymmetric Labor: The Economy of Architecture in Theory and Practice” (The Architecture Lobby, 2016), BIM in Academia (Yale School of Architecture, 2011), Building (in) the Future: Recasting Labor in Architecture (Princeton Architectural Press, 2010) and Re-Reading Perspecta (MIT Press, 2005).

Deamer is a founding member of the Architecture Lobby, a group advocating for the value of architectural design and labor. She served as assistant dean of the Yale University School of Architecture in 2004-2006 and 2013-2015 and associate dean in 2001-2004. She presented a TEDxCalArts talk on “Architecture and Labor” in 2013. Her research explores the relationship between subjectivity, design and labor in the current economy. She received a Bachelor of Arts in philosophy from Oberlin College, Ohio; a Bachelor of Architecture from the Cooper Union, New York City; and a Master of Arts and a PhD in architectural history, criticism and theory, both from Princeton University. 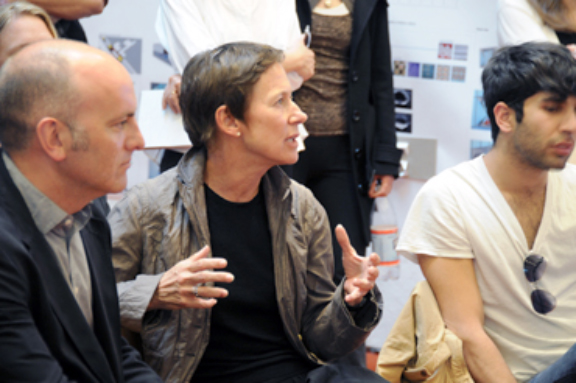