AMES, Iowa — In the effort to move all courses to online formats after spring break in March, some Iowa State University faculty found they could not reasonably continue with the same projects planned when the semester began in person on campus. This was especially true for one College of Design interdisciplinary studio.

Heidi Hohmann, associate professor of landscape architecture, is teaching an advanced elective studio with 13 students, all graduating seniors in architecture, landscape architecture and interior design. The class originally focused on an experiential learning project to imagine the future of the American state park using Ledges State Park south of Boone as the site. Students had formed teams and developed concepts for redesigning the park, and were ready to start the major portion of their design work after the break.

When the university shifted to virtual instruction, Hohmann realized the intended course outcomes — including collaborative work and shifting between small-scale and regional design — would be very difficult to accomplish by team members working remotely on laptops without access to GIS software or the ability to print out large drawings.

“There are times that you can’t visualize everything in the computer, and moments in group work, on large-scale projects like this, where you just need to see stuff. You have to print things out,” Hohmann said. “In addition, social distancing combined with students relocated across the state meant required site visits to the park would be essentially impossible.”

Rather than force the studio to continue as usual, she posed these questions to the class on Canvas: “What would be most useful to you, individually and as a group, going forward? What’s the best way to use the next six weeks of class? Is it to stay the course, or should we do something different? What’s the best way to use studio time and processes to get the most out of this situation? It’s likely this coronavirus event will change the world. What’s the relationship between these six weeks and the ‘other side,’ in ways big and small? Are these weeks of studio an escape, a trial, a reckoning or an inspiration?”

Hohmann asked students to identify three goals they thought they could accomplish during the remainder of the semester and how those related to the activities normally associated with the studio. At their first virtual class meeting, they discussed all the options and together decided to shift to a series of short projects that build digital skills relating to course themes and products/deliverables.

“For the first one, everyone felt pretty strongly about doing something pandemic related, and that evolved into concept art depicting aspects of social distancing,” Hohmann said.

“We looked at movie marketing and the conception of space for film environments. I think the ways people interpreted the prompt were actually pretty cool. And it became a way for all of us to put some of the weird, apocalyptic feelings and hope for societal regeneration into a form that got them out of our heads and onto paper. Some responses are quite beautiful, while some are kind of dystopian. Together they show the emotional and psychological seesaws we all find ourselves on these days.”

The students’ social-distancing conceptual projects are available for viewing in a virtual gallery on the College of Design’s website.

For the second project (wrapping up now), the class chose primarily themes of nature, mental health and virtual state parks, to be delivered in comic strip format.

“I’m amazed at what they are producing. I’ve got an animator (College of Design alumna Taylor Carlson) critiquing the final review,” Hohmann said. “It’s been a learning curve for all of us, but I think it’s better than trying to pretend nothing has changed. Because our class is all graduating seniors, this seemed like a place we could be a bit more flexible, and as long as we’re designing, it’s okay.

“The positives that have come out of it are that we’re doing things that feel somewhat useful, people are developing skills and we’re all in this together, making compromises and learning with each other.” 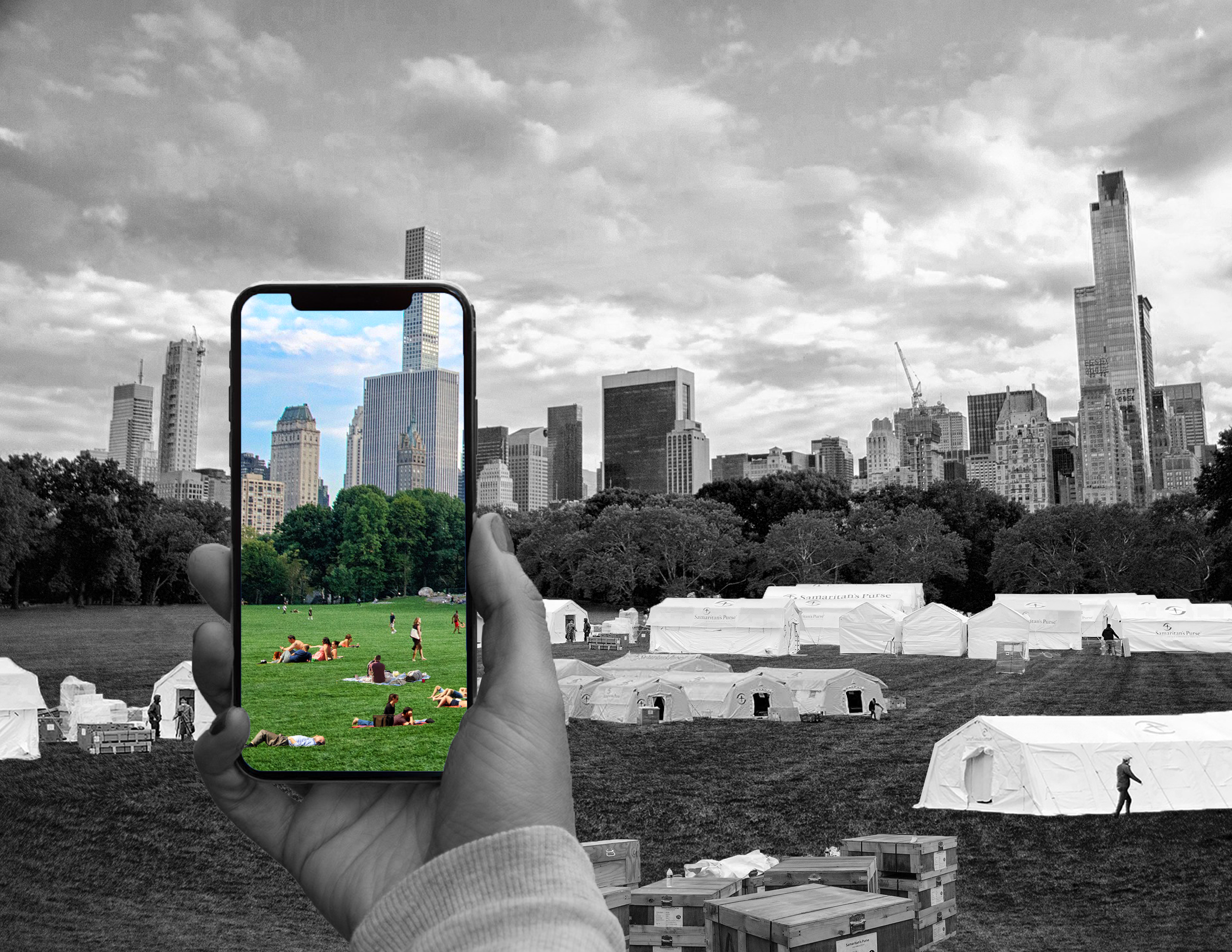 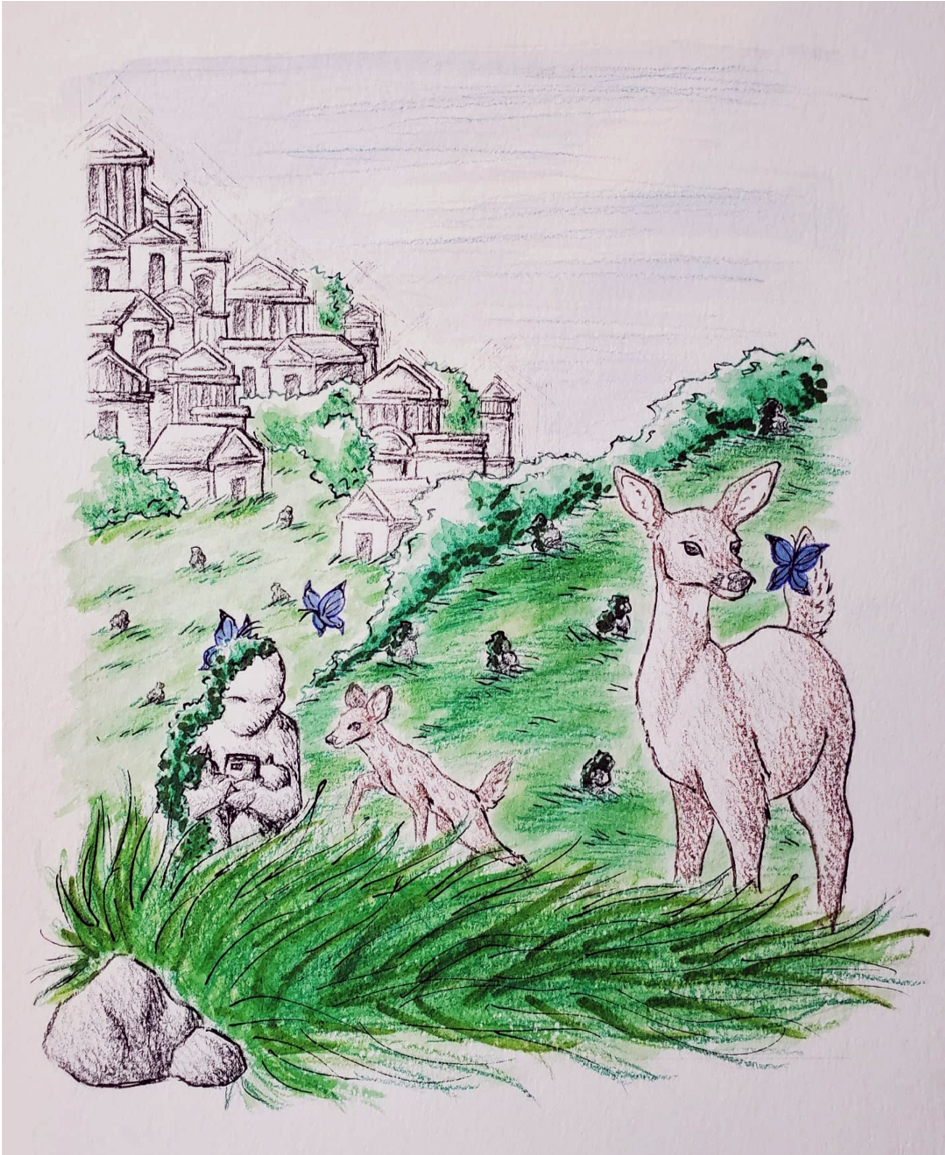