Billy Fleming to speak about design and the Green New Deal in Richard F. Hansen Lecture in Architecture Feb. 26 at ISU Menu

Billy Fleming to speak about design and the Green New Deal in Richard F. Hansen Lecture in Architecture Feb. 26 at ISU

AMES, Iowa — Billy Fleming, the Wilks Family Director of the Ian L. McHarg Center for Urbanism and Ecology at the University of Pennsylvania Stuart Weitzman School of Design and a senior fellow with Data for Progress, will present the 2020 Richard F. Hansen Lecture in Architecture at Iowa State University.

Fleming’s presentation, “Design and the Green New Deal,” will be at 5:30 p.m. Wednesday, Feb. 26, in Kocimski Auditorium, room 101 College of Design.

Just over a year ago, U.S. Representative Alexandria Ocasio-Cortez of New York and Senator Ed Markey of Massachusetts introduced H.R. 109, a nonbinding resolution “Recognizing the duty of the Federal Government to create a Green New Deal.”

In it, they provide a framework for a “10-year national mobilization” that calls on Congress to pass legislation that — among many proposals – builds resiliency against climate change-related disasters, repairs and upgrades the infrastructure of the U.S., establishes a zero-emission energy standard, develops an energy-efficient and distributed “smart” grid, reinvigorates federal industrial policy to guide the growth of a “clean manufacturing” sector, overhauls the U.S. transportation system through the development of inter- and intra-city public transit, invests in conservation lands and other “low-tech” carbon sequestration solutions that also enhance biodiversity, and focuses on several other technology-driven emissions-reducing investments.

“Since then, a new body of policy development and economic research, headquartered at New Consensus, has emerged. But the work accomplished to date on the Green New Deal has been focused on abstract, national-scale economic and political strategies. None of it has dealt directly with the unprecedented scale, scope and pace of landscape transformation that it implies,” Fleming says.

His lecture will focus on the ways in which a national climate plan like the Green New Deal will be understood by most people through the buildings, landscapes, infrastructures and public works agenda it inspires, he says.

Fleming will also serve as a guest juror for the Richard F. Hansen Prize, established in 2004 by Iowa State alumni Richard F. and Barbara Hansen and awarded annually to the winner(s) of a design competition held in conjunction with the lecture.

Presentations will be from 1–3 p.m. in the Hansen Exchange, upper level center space in the College of Design’s King Pavilion. Serving as jurors with Fleming will be Deborah Hauptmann, chair of the Department of Architecture, and Brett Seelman, senior project manager with Michael Van Valkenburgh Associates and a 2011 landscape architecture graduate of Iowa State.

Fleming’s fellowship with Data for Progress has focused on the built environment impacts of climate change, and resulted most prominently in the publication of low-carbon public housing policy briefs tied to the “Green New Deal for Public Housing Act” introduced in 2019. In his role at the McHarg Center, Fleming is co-editor of the forthcoming book An Adaptation Blueprint (Island Press, 2020), co-editor and co-curator of the book and now internationally-traveling exhibition Design With Nature Now (Lincoln Institute of Land Policy, 2019), and author of the forthcoming Drowning America: The Nature and Politics of Adaptation (Penn Press, expected 2021). Fleming is also the lead author of the recently published and widely acclaimed “The 2100 Project: An Atlas for the Green New Deal.” He is also a co-author of the Indivisible Guide (2016).

Fleming’s writing on climate, disaster and design has also been published in The Guardian, The Atlantic, CityLab, Dissent Magazine, Houston Chronicle, Jacobin, Places Journal and Science for the People Magazine, and he is frequently asked to weigh in on the infrastructure and built environment implications of climate change, as well as candidate and congressional climate plans, by major climate reporters and congressional staff. His research has been supported by grants from the Lincoln Institute for Land Policy, Pew Center for Arts and Heritage and William Penn Foundation, and by a variety of sponsors in the design and building industry. 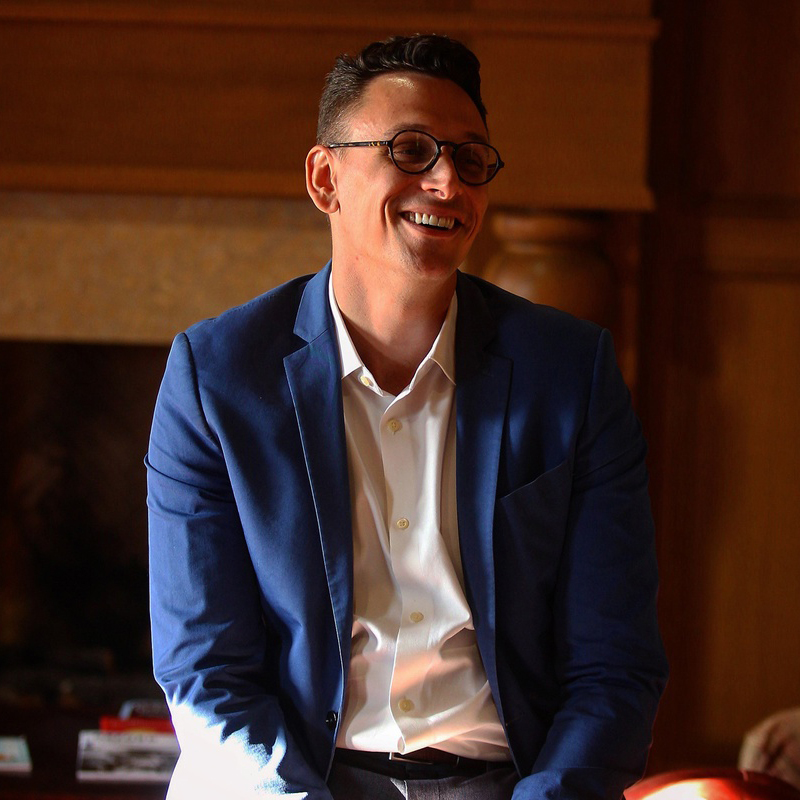