AMES, Iowa — Iowa State University researchers are contributing to the development of a new research area, “sustainable urban systems,” by working with other researchers and community officials to find solutions to some of the biggest challenges within the Mississippi River watershed.

Iowa State hosted a workshop last summer during which 82 academics and local stakeholders discussed a variety of issues in the watershed, including nutrient runoff, erosion, flooding, heat island effects, urban sprawl and much more – with particular attention given to the urban-rural interface. The Mississippi River watershed is the largest drainage basin in North America at 1.2 million square miles.

Outcomes from the workshop can be found in the recently-published proceedings.

Discussions addressed three scales: within cities, between cities and their satellite communities, and within the entire watershed.

“Many of the challenges in our environment and lived world come from how we have developed this interface between urban and rural,” Passe said. “By connecting these issues throughout the watershed, we could make a difference.”

“More than half of US urban residents live in cities of 400,000 to 600,000 people, not the massive cities like New York City or Los Angeles,” Thompson said. “There is a dense human population in the Mississippi River watershed and an energy toward possibly adopting change.”

Two active research projects at Iowa State tie in to this effort:

“Most of the cities in the Mississippi River watershed have shrunk since their peak population,” Zarecor said. “There is all of this leftover infrastructure, all of this concrete and hardscape in places it shouldn’t be.”

This new network is an example of “convergence research,” which brings together experts from a wide range of disciplines, including the arts and design, to address a specific societal problem. The researchers say this is a unique opportunity for people from fields that haven’t historically worked together to turn research into action. 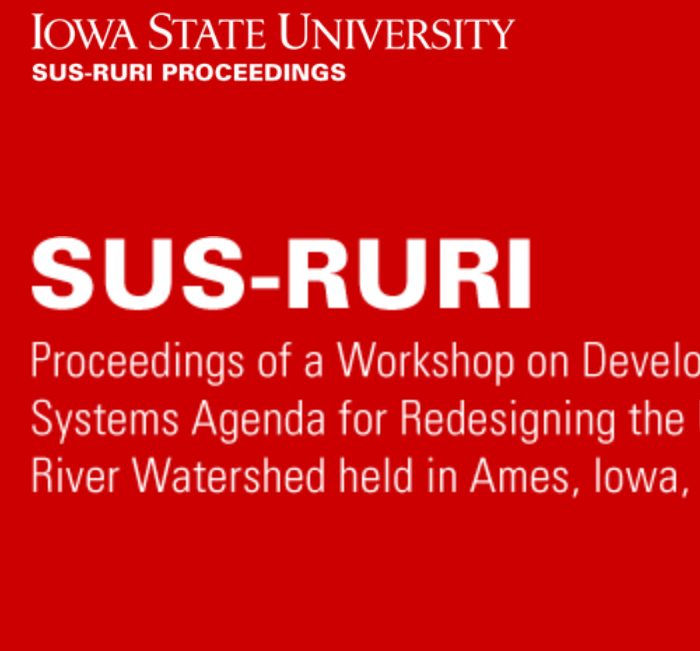