Segner, who received a master of fine arts in integrated visual arts from Iowa State in May, was one of nine emerging artists, including four from Iowa State, selected to exhibit their work June 28-30 at the festival in downtown Des Moines. In addition to a $1,000 cash prize, she will be invited to exhibit in the professional artists’ category at next year’s festival.

The emerging artists program was a great opportunity to experience an arts festival and learn more about how to develop a professional display before investing in her own tent and other necessary equipment, Segner said.

“Because I was testing the waters, I had a lot of pieces from my MFA exhibition — ‘Toy (with) Animals’ — as well as some of my older, nature-oriented work. I think it would be best to have a more cohesive body of work so I can give a more focused explanation when people ask about it,” she said. “This was also a critique I received from the jurors, who were incredibly helpful.”

Her interactions with visitors were different from a gallery setting, Segner said. “Since a lot of my work features toys, kids were often dragging their parents into the booth to play ‘I Spy’ with the pieces. Getting my work in front of more children was a positive experience; I loved watching their reactions,” she said.

“Ty Beanie Babies also make an appearance in my paintings, so many millennial-aged visitors who saw them became nostalgic for childhood, and I was able to bond with people over that connection,” Segner said.

Although she purposely set no sales goals, Segner had a successful weekend in that regard, too, she said. “I think people who attend the Des Moines Arts Festival like to support artists, and I really appreciated all the people who bought my work or supported me with feedback and enthusiasm. I also made some connections that could lead to future projects.”

Originally from Owatonna, Minnesota, and now of Ames, Segner is a mixed-media painter, writer and journalist who received a bachelor of fine arts in literature with a writing and studio art emphasis from the University of Minnesota in 2015. She worked full time as a reporter for her hometown newspaper before attending graduate school at Iowa State. Her work has been accepted into local, regional and national juried and solo exhibitions. The Des Moines Arts Festival was her first appearance at an art festival. She will join the ISU Department of Art and Visual Culture as a full-time lecturer in August. 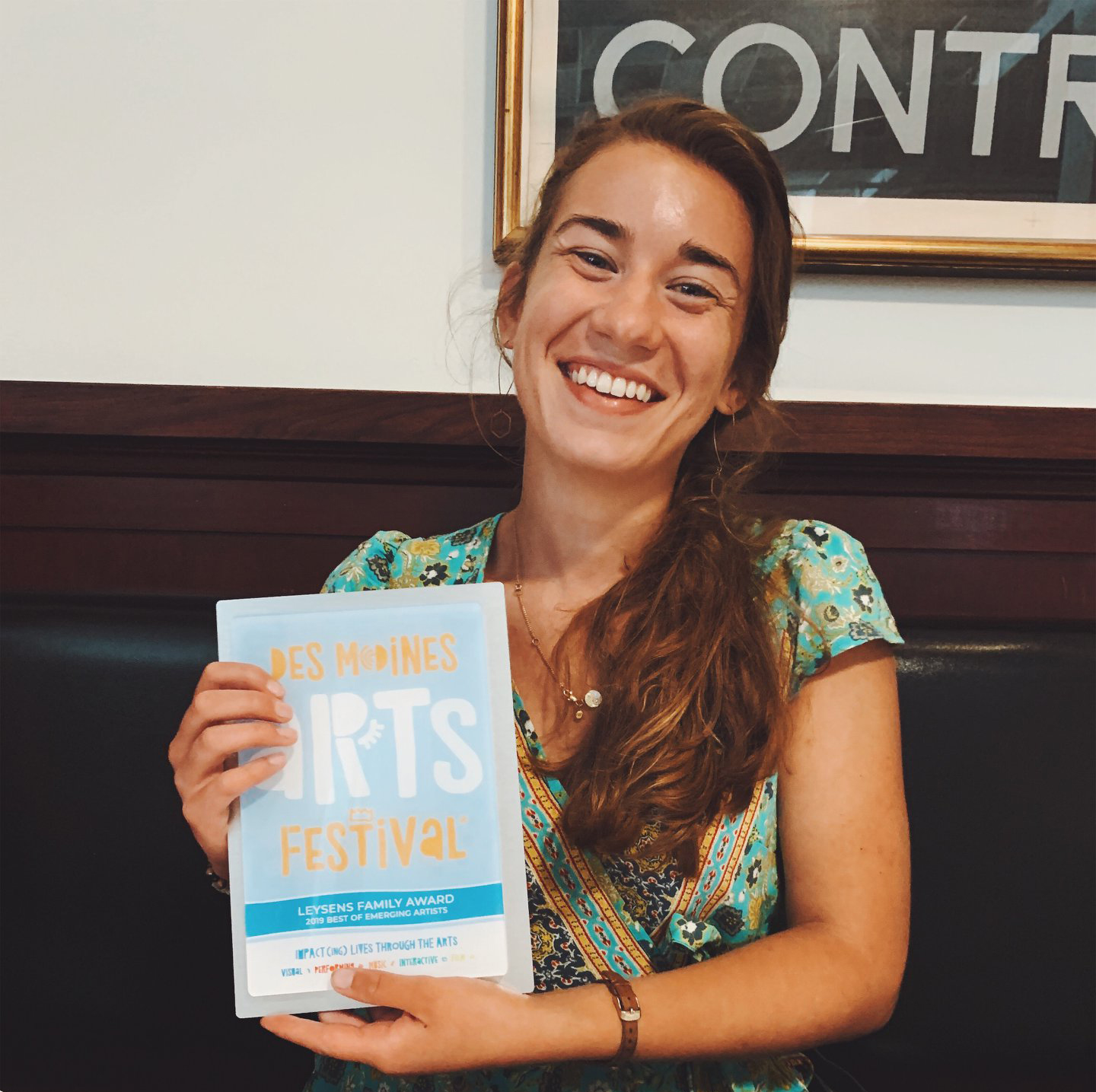 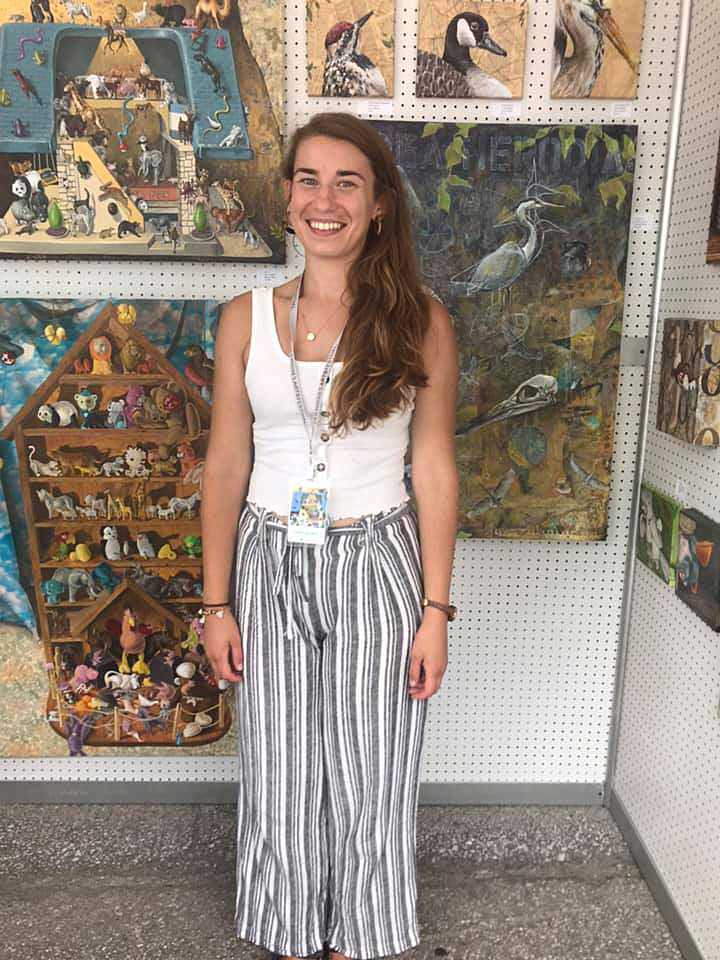 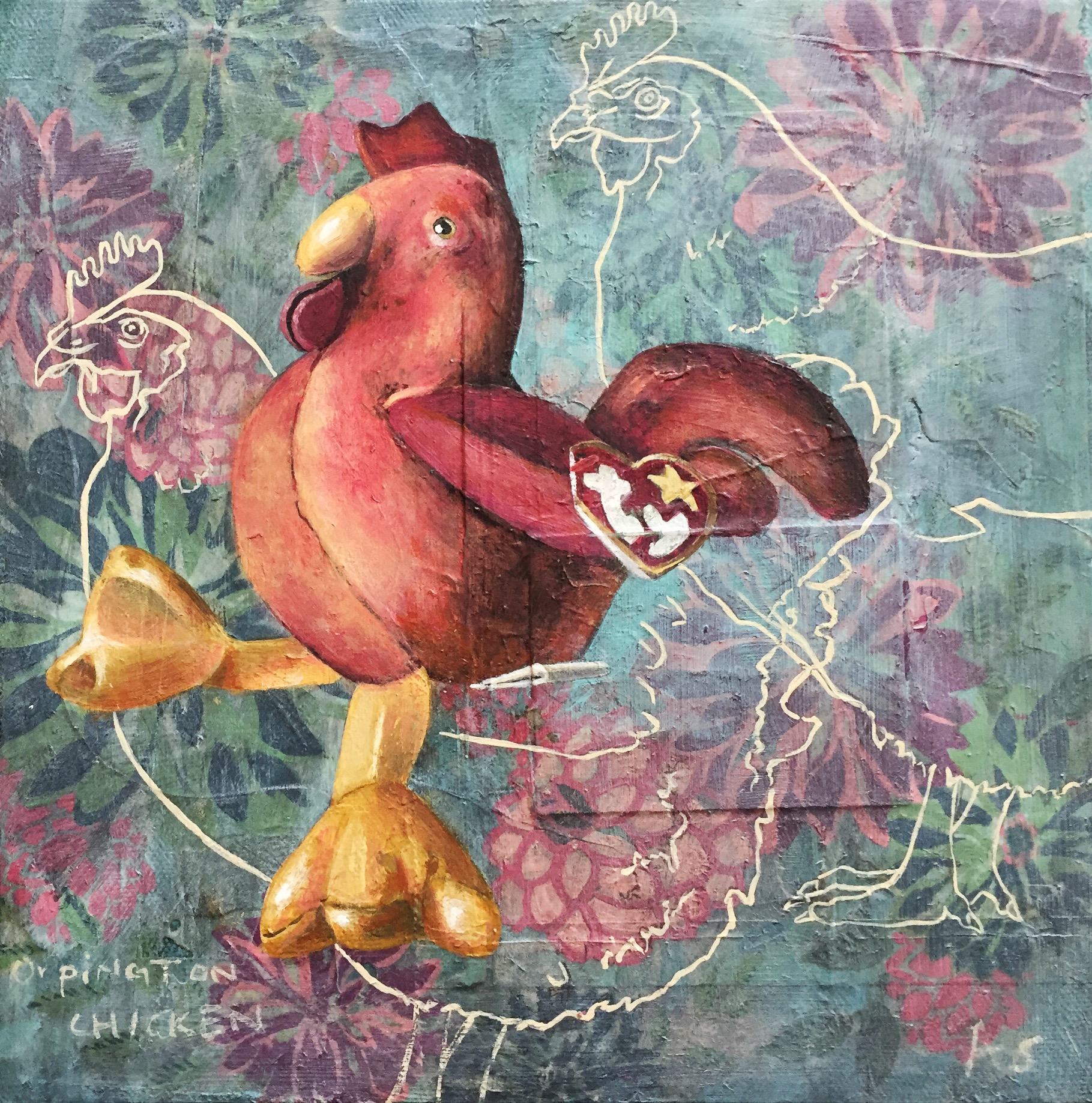 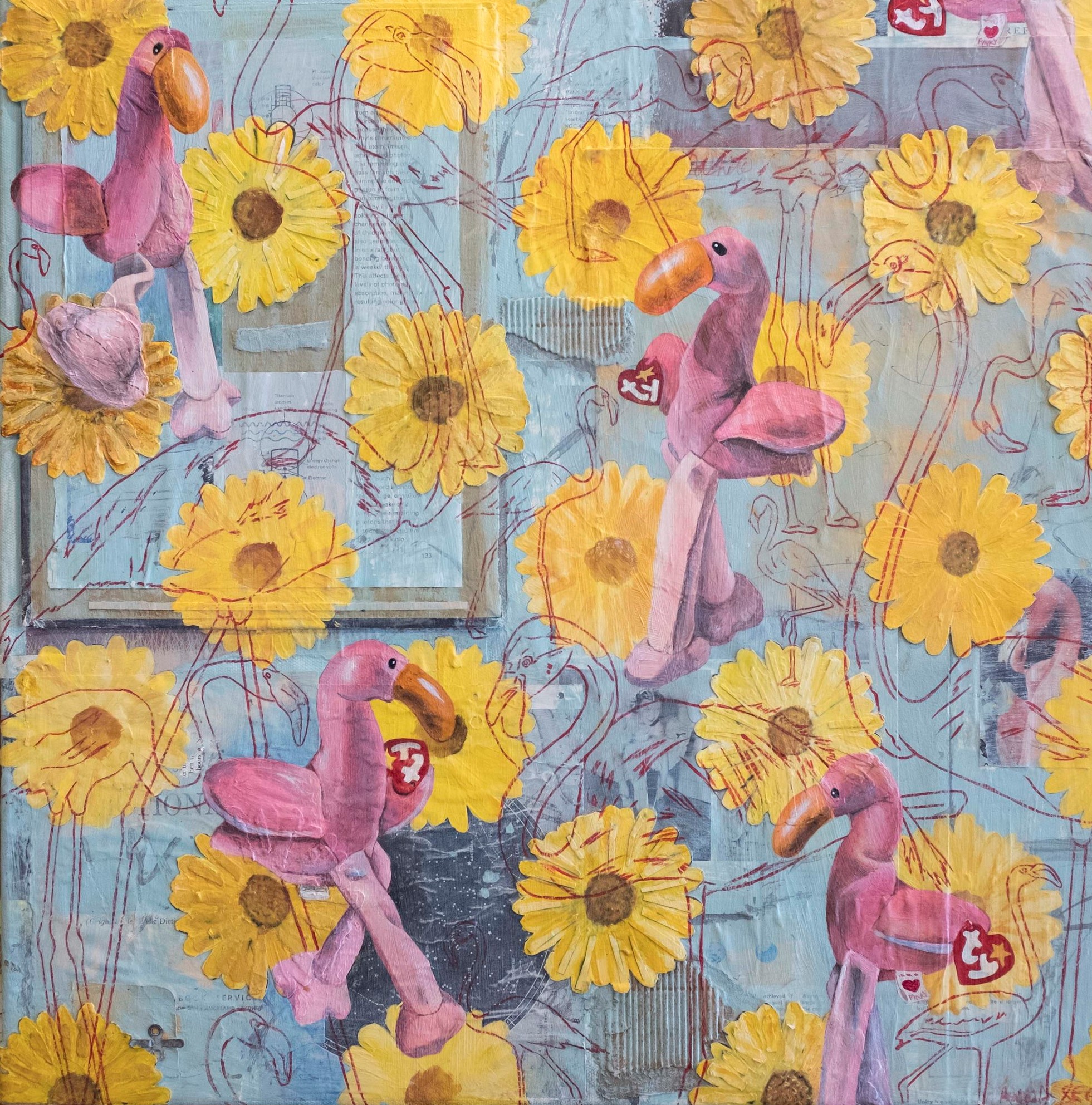