This year’s Masterclass will be an intensive, four-day drawing workshop hosted February 9th-12th with Neyran Turan.

In light of our current political crisis around climate change, what can architecture possibly contribute toward a new planetary imaginary of our contemporary environment beyond environmentalism or technological determinism? Rather than limiting the role of climate change for design to a problem to solve,can we speculate on architecture as a measure against which the world might be read? This workshop is an elaboration on this question and the disciplinary and cultural potentials of such a provocation.

While positioning certain problems brought by climate change, such as resource extraction, long time span, geology, and waste etc. in architectural terms, the workshop will position climate change as a cultural and political idea that requires a renewed architectural imagination. The workshop will tackle the question of representation in relation to climate change through the design of dioramas that depict imaginary future depictions within a fictitious natural history museum that presents episodes of resource extraction and waste.

With their uneasy positioning between reality and fiction as well as their interplay between the two dimensional and the three dimensional space, the designed dioramas of the workshop will not only stage and reflect on the critical issues of our present condition, but, perhaps more importantly, will re-situate architecture’s engagement with the world through a different kind of realism. Situated as an alter native to hyper-realism (think: righteous scenario planning or environmental engineering of data and performance in design), hyper-surrealism (think: architectural sci-fi), or hyper-abstraction (think: white noise), the workshop will speculate on the possibilities of a slightly (un)familiar realism for architecture. That is, while taking their cues from real events and facts of current environmental conditions, the projects will slightly abstract or de-familiarize these realities in order to push the limits of our public and disciplinary imagination about climate change through architectural speculative thinking. 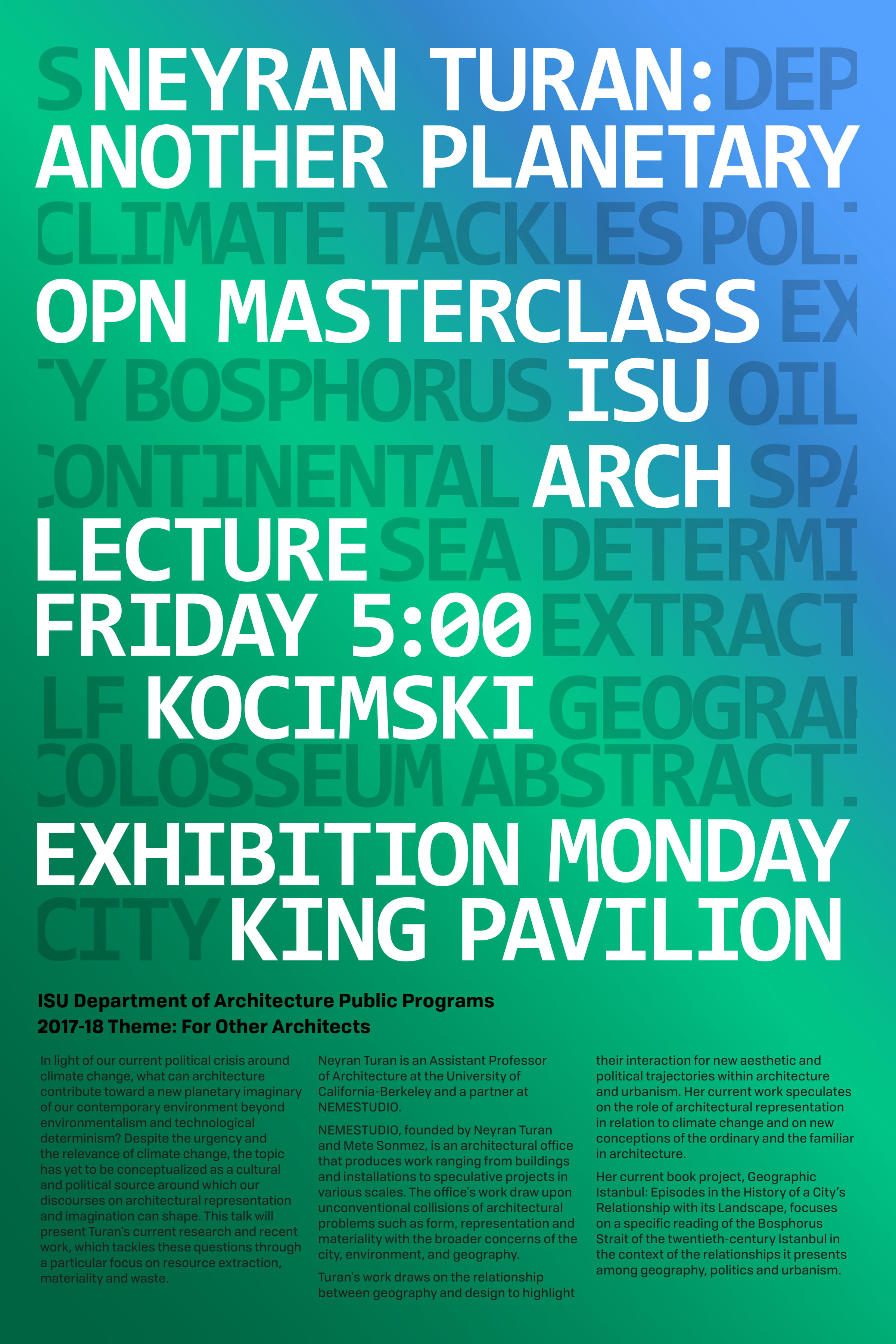