AMES, Iowa — An exhibition celebrating the geological history and landscape of one of Iowa’s state parks — and the elements that shaped it — will open in Clear Lake this month.

“Common Channel: Responses to Ledges State Park” will feature three-dozen artworks by Iowa State University College of Design faculty and graduate students with a common interest in the Ledges and in nature art, said the show’s curator, Nancy Thompson, an ISU lecturer in art and visual culture.

The exhibition will run from Oct. 3 to Nov. 12 at the Clear Lake Arts Center. Several of the artists will participate in the center’s monthly “CreativeSynergy” event at 5:30 p.m. Tuesday, Oct. 10. Registration is appreciated but not required; call (641) 357-1998 or email clac@cltel.net.

“Ledges State Park is unique among the state parks of Iowa. Water from glacial melt more than 13,000 years ago and the continuing erosion caused by Pease Creek, a Des Moines River tributary that flows through the park, have exposed the incredible sandstone cliffs that were created when the entire Midwest was covered in a vast ocean 300 million years ago,” said Thompson, who grew up on a farm near Woodward and visited the park frequently with her family.

“As a child, I spent many hours stomping the creek and hiking the trails, and I have enjoyed the park just as much as an adult. When the opportunity for an art exhibition presented itself, I discovered a shared appreciation for the park among colleagues and students,” she said.

“We hope our work will not only highlight the Ledges, but motivate Iowans to take a serious interest in all of our state parks so that future generations will be able to realize the common bond we share with the natural world.”

The show will include a variety of media: black-and-white, color and digital photography; drawings and paintings in graphite, encaustic, watercolor, oil and pastel; and examples of mixed media, combining painting with found objects and ceramics with mechanical devices, for example.

Working mainly on Mondays from May to August, Thompson created six plein-air pastel paintings at various locations within the Ledges, a 1,200-acre park established in 1924 just south of Boone. She often works from reference photos in her studio, but for this project she completed her paintings entirely on site.

“I felt like if I was on location it would bring a different dimension to the work. I’m out there experiencing the elements, and I only have a two- to three-hour window because the light changes. I was working larger than I normally do on site, so some pieces took me two or three sessions,” she said.

Thompson focused on “interesting rock formations,” moving from west to east through the park in a sequential narrative style.

“My favorite is called ‘Reflections of Spring.’ I was standing in the shade looking south at this rock wall illuminated by the sun. All of the water in front of me was in shadow but reflecting these bright yellow-green leaves and the blue sky. It was almost fluorescent. You only see those kinds of colors in the spring.”

Color and light figure prominently in the work by Carol Faber, who sought to convey the emotional quality of the Ledges with her digital images.

“Nothing is a direct representation of a particular place. It is combined imagery that encapsulates memories about Iowa and its landscape,” said Faber, an associate professor of graphic design. “I’m a collector of images and materials, which I merge and manipulate to create a mood.”

Faber captured all of her original digital photos while walking through the park one very hot, humid summer afternoon. “There was a beautiful blue sky and the sun sparkled on the water. I used a really fast shutter to capture the brilliant light and reflections.”

Faber used water in each of the four resulting artworks, layering, intermingling and rearranging images with different digital effects to evoke a feeling — “not how it really looked but a sense of what I experienced.”

As suggested by the exhibition’s title, water is central to many of the pieces on display.

“The inspiration for ‘Tribute’ came from Davis and Pease Creeks that carved the sandstone forming the gorges,” said Ingrid Lilligren, a professor and chair of the Department of Art and Visual Culture. “I made the pieces because I love the sound of water in the park; I wanted to provide exhibition viewers with an analogous experience.”

The three ceramic forms are different sizes “to create variety in the resonance occurring inside each chamber,” Lilligren said. Each one has its own battery-operated fountain pump and water system inside to mimic the burbling of a stream. The exterior references the layered sandstone.

Water figures less directly but still plays a role in Robert Jinkins’ graphite drawing, “Totem.” Jinkins, a graduate student in integrated visual arts from Rewey, Wisconsin, found his subject — the remains of a deer carcass scattered along a streambed — while hiking down a ravine on the east side of the park.

“I was looking for something unexpected. This deer with the detritus brought by the spring flood reminded me of Robert Rauschenberg’s sculpture, ‘Monogram.’ The whole scene — a collage of human, animal and natural interaction and intersections — inspired me to create this work.”

Twelve artists will exhibit their work in the inaugural installation in Clear Lake. Additional faculty and students will participate in the show when it travels to the Boone County Historical Society in March and April 2018.

Thompson is consulting with the Iowa Department of Natural Resources about incorporating the exhibition into the celebration of the 100th anniversary of Iowa state parks in 2020; she is also coordinating other venues throughout Iowa. Organizations interested in hosting the show may contact her, (515) 294-3054, nthompso@iastate.edu.

“I’m excited to share this work highlighting the beauty of Ledges State Park and to reach a broader audience beyond the university,” Thompson said. “I hope it resonates with people who know the park and love it, and inspires others to visit their state parks.” 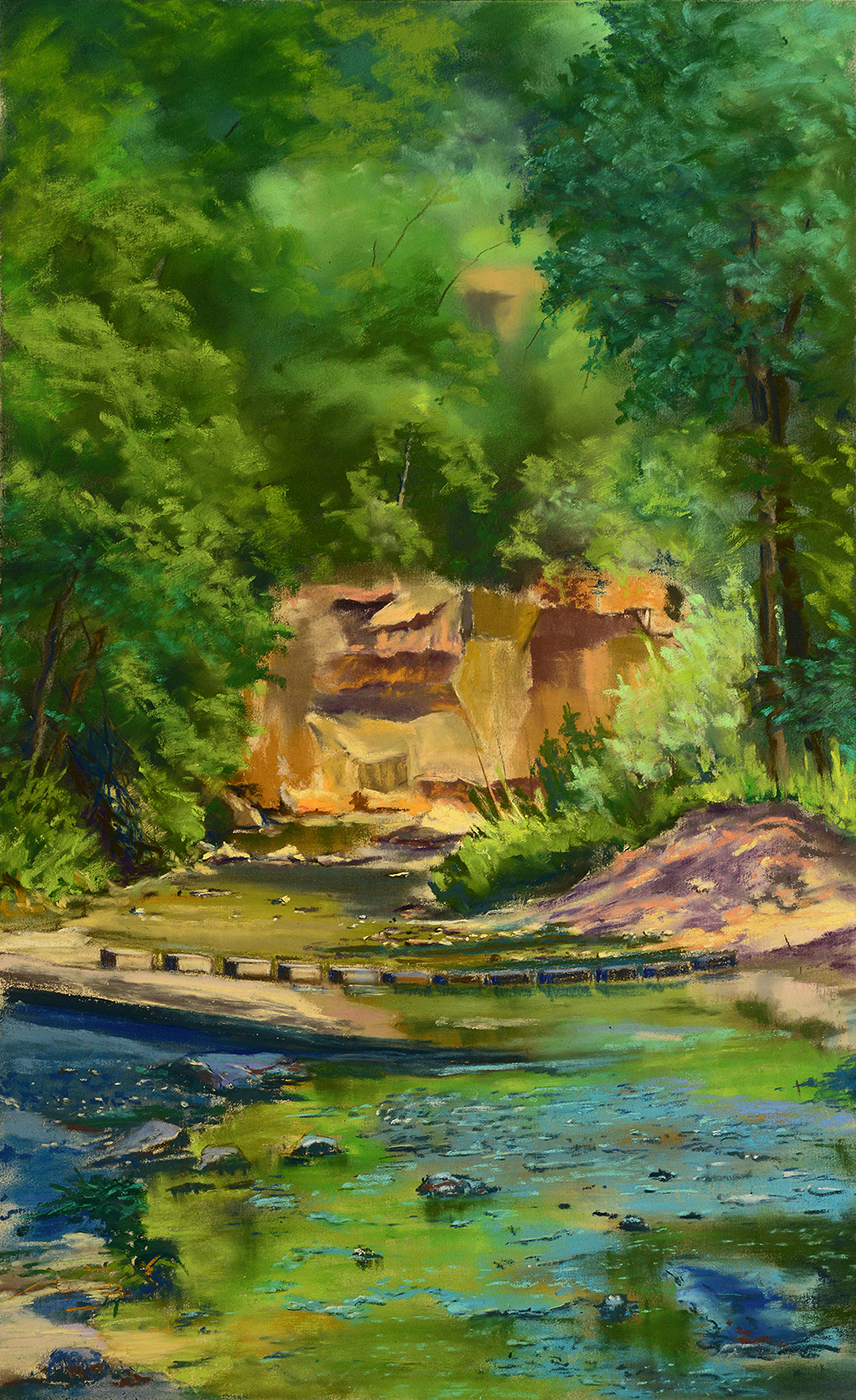 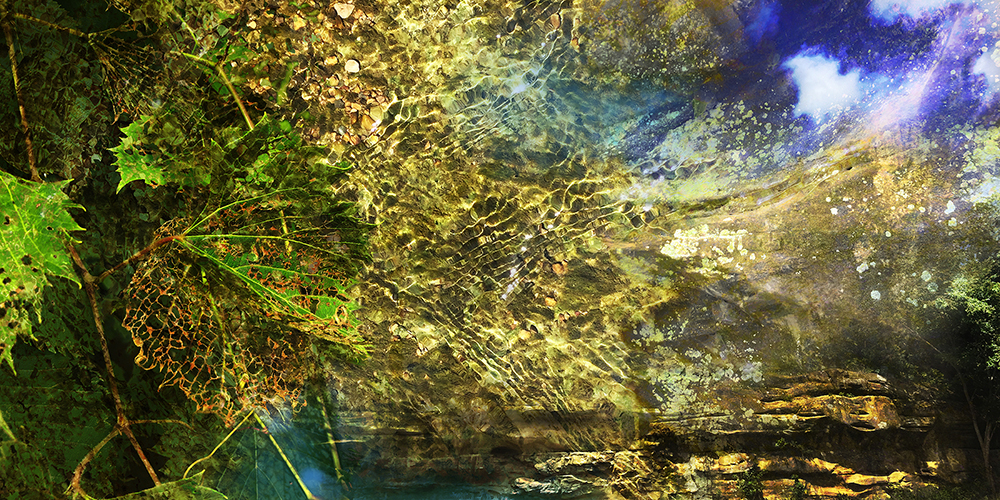 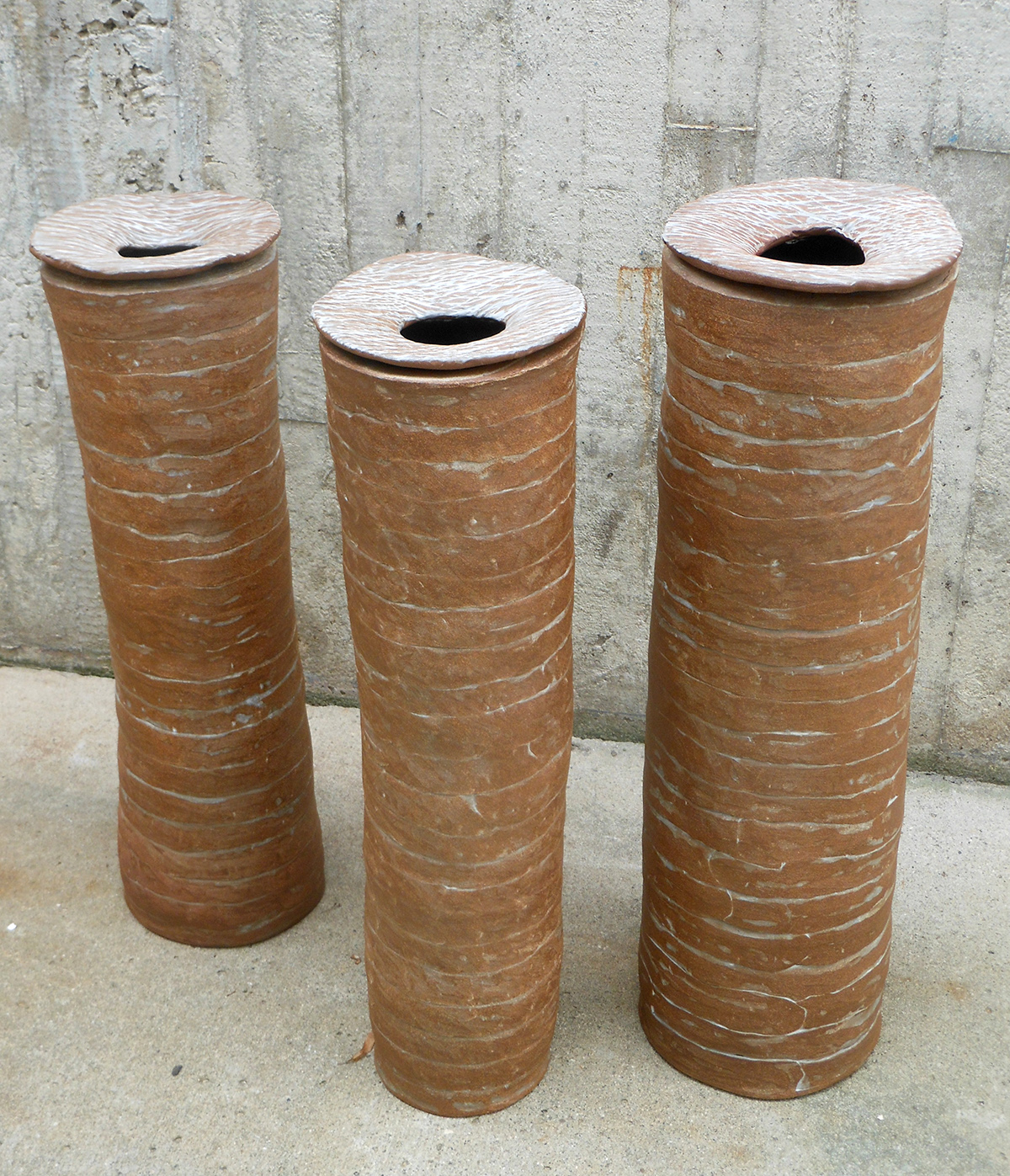