In its 15th year, the Emerging Iowa Artists program provides young visual artists an opportunity to showcase their talent at one of the nation’s top arts festivals, which annually attracts more than 200,000 visitors. Iowa residents currently enrolled in or recently graduated from a university, college or art school anywhere in the United States can participate in the program for up to two years.

ISU integrated visual arts graduate student Xin Chen, of Huludao, Liaoning Province, China, and now living in Ames, and alumna Lauren Haylock, formerly of Lindenhurst, Illinois, and now living in Winterset, will make their debut this year. Haylock received a Bachelor of Fine Arts in integrated studio arts from Iowa State in 2016. Alumna Kayla Parker, Urbandale, is returning. She received her BFA in integrated studio arts in 2015 and took part in the Emerging Iowa Artists program in 2016.

Chen, who holds a BFA with a focus on drawing, watercolor and photography from Shenyang Normal University, more recently has devoted his efforts to handcrafted furniture and metal work. He derives inspiration from aspects of Chinese and American culture, including traditional Chinese musical instruments and Native American tattoos, and explores design motifs that reflect Eastern and Western cultural conflict and harmony.

Chen’s wood furniture is joined using rope and can be disassembled into individual pieces that represent other objects, such as a chair that can be transformed into the huqin, a traditional Chinese spike fiddle.

Chen looks forward to exchanging ideas with other artists and visitors at the festival and obtaining feedback from them on his work, he said. He’s also excited “to show how to disassemble and rearrange my furniture, which not only makes my work better understood, but also provides a new experience which inspires people to think about furniture and Chinese culture differently.”

Haylock recently completed a yearlong apprenticeship as a bench jeweler for Jared the Galleria of Jewelry in West Des Moines and is now a self-employed artist in Winterset. She will exhibit a variety of metalwork from wearable silver filigree jewelry to functional brass art, she said.

“The most exciting thing about the Emerging Iowa Artists is the opportunity to exhibit work alongside other young and driven artists while also being able to display alongside professional artists, [some of whom] have been professionals longer than I have been alive,” Haylock said.

“I have been in studio with Xin and Kayla, both talented artists who inspired me in class and continue to motivate me to do well. It is an honor to take part in one of the most significant and well-organized festivals in the country and show my work with them.”

Greteman exhibited architectural and travel photography as an Emerging Iowa Artist in 2013 and won Best in Show in the category for her printmaking last year, which secured her a spot among the professional artists this year. She and Alex Braidwood, ISU assistant professor of graphic design, served on the five-member jury that selected both the professional and emerging artists for this year’s festival.

Kamrath participated in the Emerging Iowa Artists program as a new MFA graduate in 2008. Since then he has exhibited his work in a large number of other shows primarily in Minnesota and Iowa, but this is his first time returning to the Des Moines Arts Festival.

“I’m super pumped to be back. My work has grown a lot both in craft and concept, and I’m excited to show it off,” Kamrath said. “The introduction of three kids into my life has added a lot of fun and whimsy into my sculpture; while the aesthetic of my pieces still references ideas I was just beginning to discover at ISU, the subject matter has become more lighthearted, at least on the surface.”

Kamrath will display architecturally inspired work fashioned from clay, wood and metal. “These sculptures blend a trompe l’oeil appearance of simple children’s toys with a long history of modern architecture, rich texture and a dash of humor,” he said.

Festival hours are 11 a.m. to 10 p.m. Friday, June 23, and Saturday, June 24, and 11 a.m. to 5 p.m. Sunday, June 25. Several of the emerging and professional artists will share their work and techniques in demonstrations scheduled throughout the festival:

For more information on the event, visit www.desmoinesartsfestival.org. 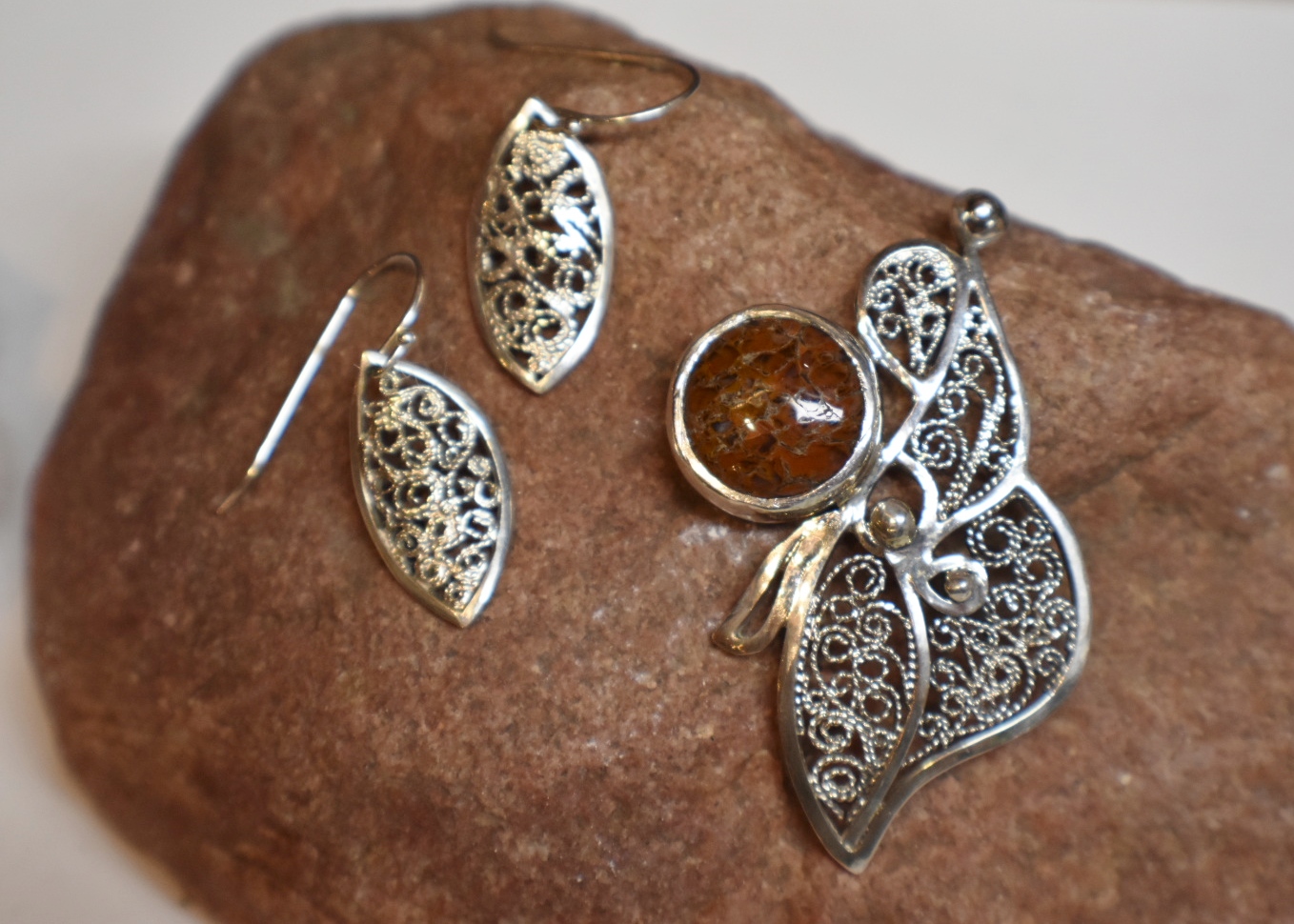 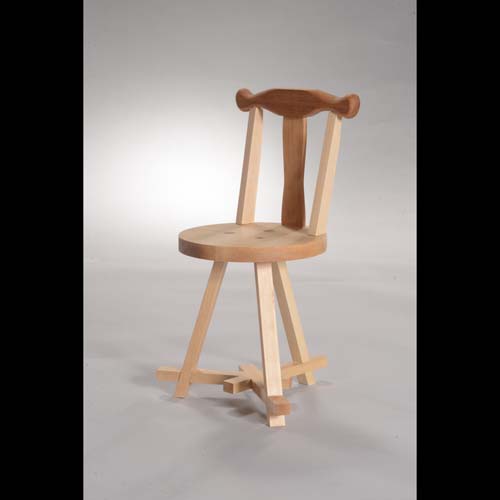 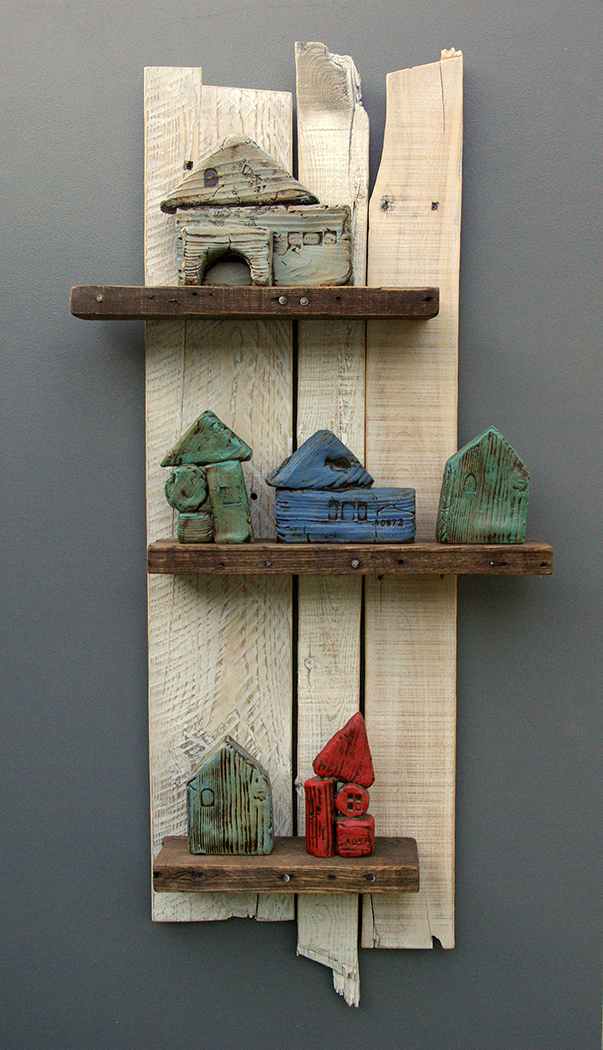