AMES, Iowa — Aaron Draplin, founder of Draplin Design Co. (DDC) in Portland, Oregon, will give the inside scoop on his career and the process of publishing a book about it in a lecture at Iowa State University.

Draplin will present “Pretty Much Everything: The Whole Story Behind Our Book” at 8 p.m. Tuesday, March 7, in Kocimski Auditorium, room 0101 College of Design. Co-sponsored by the ISU Department of Graphic Design, the ISU Graphic Design Student Association, the student-run creative services agency Model Farm and Ames graphic design firm Measure, his talk is free and open to the public.

“From the contracts to the scheming, from the pagination to the design, from the tears to the nightmares … we’ll share what it’s like to cram your whole half-wit career into 256 pages,” Draplin said.

“Learn about file management tips, layout shortcuts and other organizational tips and tricks that can be applied to the smallest of projects or that once-in-a-lifetime book project we still can’t believe we pulled off. And yes, the book has typos, and so does life. We’ll show examples of both from the making of ‘Pretty Much Everything.’”

Draplin previously ran Draplindustries Design Co. in the mid-1990s. He served as design director at Snowboarder Magazine from 2000-2002 — winning Art Director of the Year for Primedia in 2000 — and senior designer with Cinco Design Office from 2002-2004. He holds a Bachelor of Science in graphic design from the Minneapolis College of Art and Design. 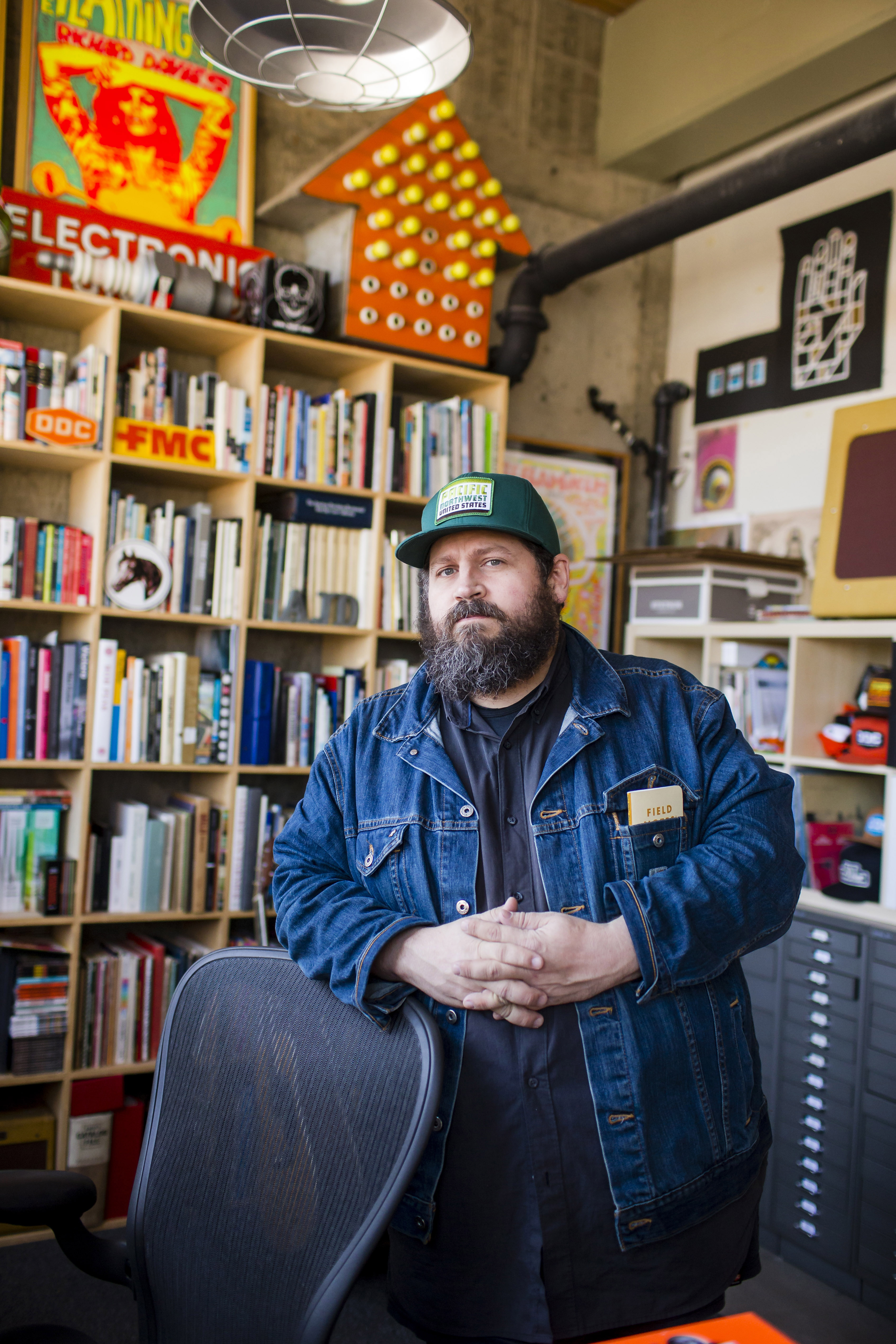 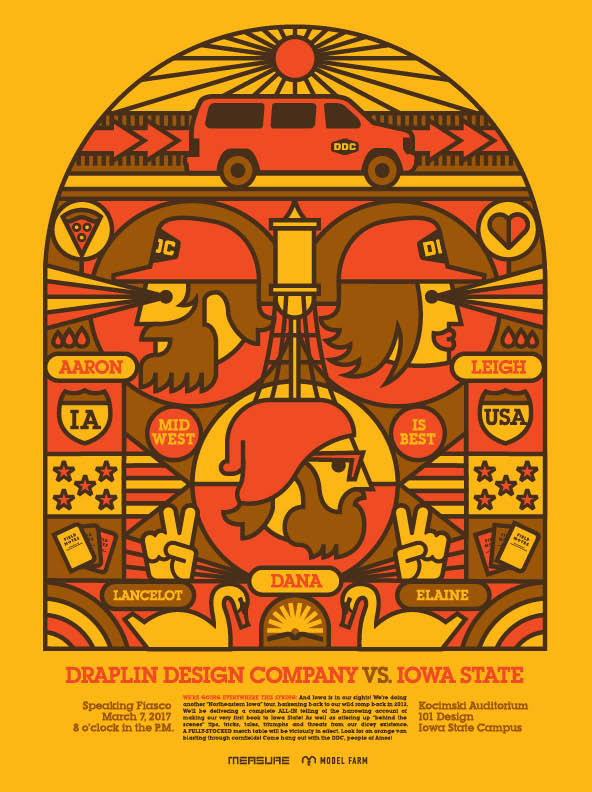 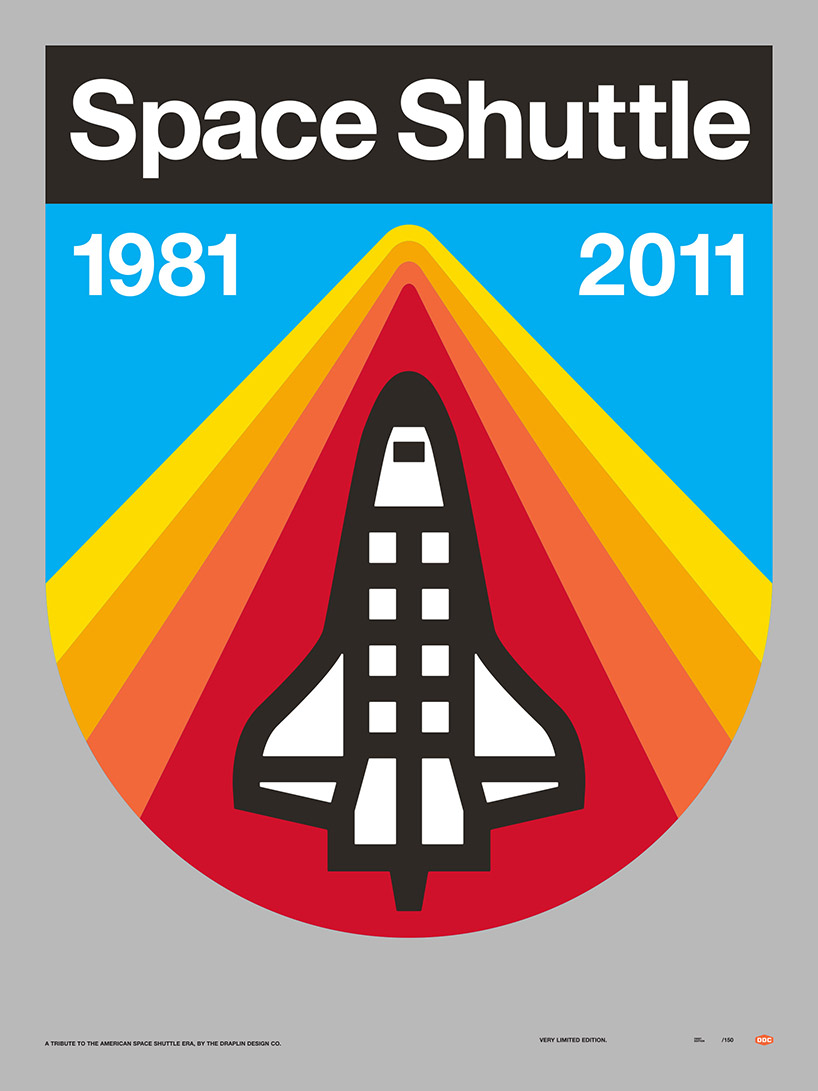