Greteman, of Ames, was one of four recent College of Design graduates among the 11 emerging artists selected to exhibit their work at the festival, June 24-26 in downtown Des Moines. She received a Bachelor of Architecture in 2011 and a Master of Science in architecture and Master of Community and Regional Planning from Iowa State in May.

Story of suburbia through art

This is Greteman’s second appearance at the arts festival. She exhibited architectural and travel photography as an Emerging Iowa Artist in 2013. This year, she showed intaglio, monotype and collograph prints, including one incorporating cyanotype photography, that related to the topic of her master’s thesis on suburbia.

“I wanted to tell the story of suburbia, particularly in central Iowa, through art. Through layering varied imagery and processes, I wanted to explore the social, environmental and economic effects and consequences that have surfaced from the ways we design the built environment,” Greteman said. “Aerial patterns seemed like a great way to start—considering the built environment through the beautiful patterns found at a bird’s-eye view.”

An intern architect with Roseland Mackey Harris Architects in Ames who is working toward becoming a licensed architect, Greteman took intaglio and relief printmaking classes during her graduate studies as electives with Professor April Katz.

“When I registered for my first printmaking course in 2015, I had no idea what printmaking was, just an innate feeling that I would enjoy the art. April has become a fantastic mentor for me, always willing to meet to discuss my work and how I can improve. Her passion for what she does is truly an inspiration,” Greteman said.

Greteman exhibited her favorite work from these classes and from a 2015 ISU Focus Artist Grant project as well as new prints at the arts festival, she said. She recently purchased her own etching press and plans to continue honing her skills.

“I enjoy the visual surprises that can happen when you start to layer different processes on top of one another. As I move forward, I want to try adding more mediums to each piece of work.”

Other ISU emerging and professional artists

Alumnus Chris Vance, Bondurant, an award-winning painter who received a BFA in visual studies in 2000, was among the 180 professional artists chosen to participate in the 2016 Des Moines Arts Festival. 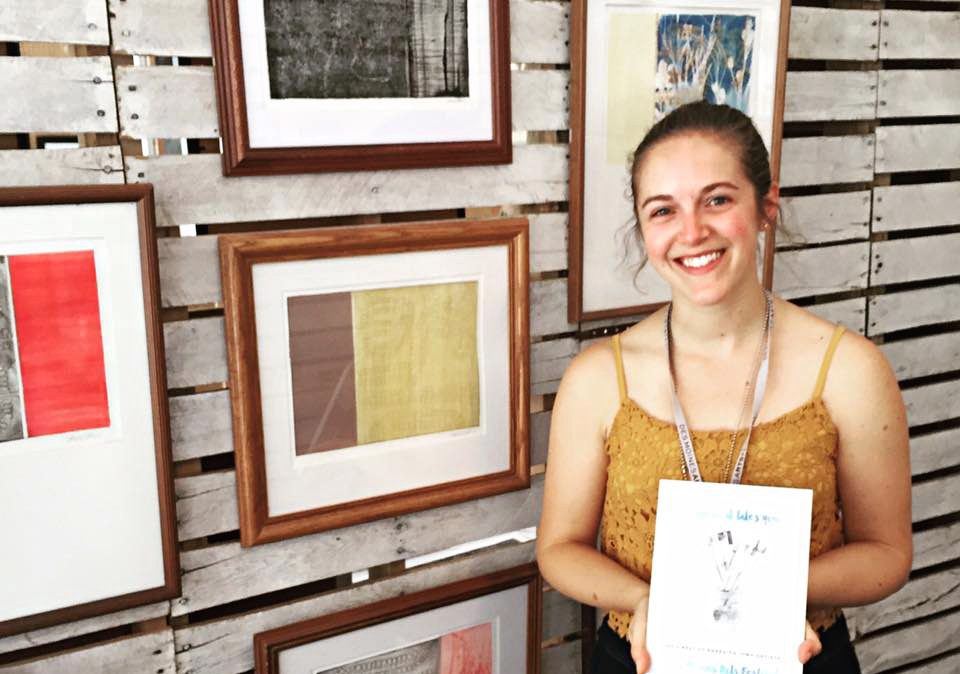